“Make our customers love us.”

You can’t miss that message painted in groovy letters on an inside wall facing the front door of Moosejaw Mountaineering’s corporate headquarters in Madison Heights, Michigan. 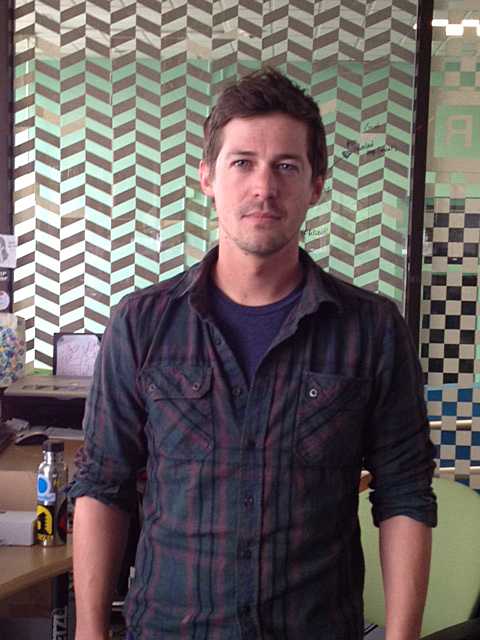 Nobody does customer engagement like Moosejaw. Whether you’re in one of their 10 retail stores, thumbing through a print catalog, surfing their website, punching up the call center, reading the Moosejaw blog, using a mobile app, participating in a live chat, or interacting on social media, you’re going to be oddly surprised.

The tone (like the company name itself) is super silly. Irreverent. Irrelevant, even.

I expected I’d have to explain to Gary how I imagined principles of Moosejaw’s marketing program (“The Madness”) could be applied in K-12 schools. Gary didn’t need me to connect the dots.

Outdoor outfitters, like schools, operate in a competitive environment. Their “products” are the same, or very similar, to what customers can get somewhere else. 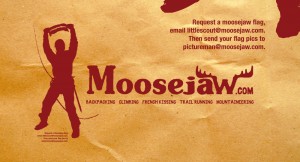 “It’s the unique customer experience that keeps Moosejaw in business,” Gary said. “It’s the way you differentiate yourself from the pack and develop your MVP (Most Valuable Player) customers.”

The life-and-death nature of mountaineering makes it easy to understand why people who sell this stuff are so serious. Moosejaw takes a different approach. “We sell the best outdoor equipment and apparel,” Gary said, “and we have the most fun doing it.”

The brand’s only been around for 20 years, but the trend for longevity looks promising. Moosejaw’s primary demographic are 18- to 24-year-olds (broke college kids), but Gary says the data shows that a lot of those customers continue hanging with Moosejaw after they’re established in careers. Gary said 2012 sales at the privately held company will climb between $50 and $100 million, with two-thirds of those sales coming on line.

Gary – a political science major heading for law school until he discovered cinematography — is an avid mountaineer who was fresh off the trail of a two-week Alaskan adventure on the day of our interview.

Even before he joined Moosejaw’s marketing team seven years ago to enhance its visual brand, he said he bought his gear from Moosejaw because shopping felt like hanging with friends. 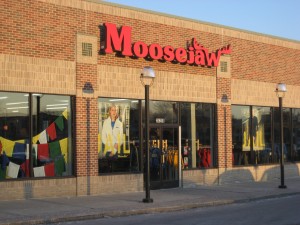 “There’s no sales pressure,” Gary said. “People who think they couldn’t sell anything because they just wouldn’t be interested are a good culture fit for us.”

Customers get folded into impromptu games of hide and seek and touch football. There are leader boards for customers who perform the most in-store pull-ups, push-ups or squat thrusts. Staff has been known to hide rubber rats in the store. Find one to get a free Moosejaw T-shirt with your heart attack. Tweets announce flash promotions. (First customer to bring staff at the Chicago store a bag of Skittles wins a T-shirt.)

One store hooked customers into a “The Battle of the Twins” — a popularity contest pitting Mary Kate and Ashley Olson against twins played by Lindsay Lohan in the movie “The Parent Trap.” (Dave Coulier, who played “Joey” opposite the Olson twins on the TV show “Full House,” saw it and posted it on Facebook.) 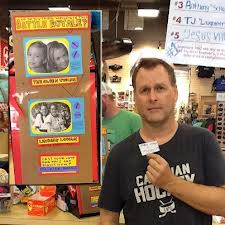 “Engage customers on something they’ll have a strong opinion on,” Gary said. “We could have them vote on whether they like the Patagonia jacket or the North Face jacket but that’s too salesy. Which set of twins they like better has nothing to do with anything we sell, but it’s more interesting.”

The puzzling pinnacle of Moosejaw’s madcap marketing could be its quest for a collection of 10,352 renderings of crying tomatoes. Customers oblige, for crying out loud. Check for them under the Madness tab on the home page.

Nonsensical, but so what? 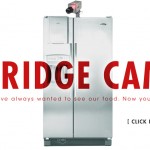 Moosejaw’s Twitter account is always abuzz. Take, for example, a promotion called “Fridge Cam.” Every time a Twitter follower tweeted the phrase “I hate lobster bisque,” an employee from Moosejaw’s social media group had to dash to the refrigerator in the employee lunchroom and peer inside, where an interior-mounted camera gave a live look on moosejaw.com.

Customers got a kick out of it, Gary said.

Chief criteria for any promotion is that Gary’s six-person creative staff (which includes Moosejaw founder Robert Wolfe) think it’s funny. Moosejaw doesn’t aspire to become “The Howard Stern of the Great Outdoors,” Gary said, meaning there’s no intent to shock or be vulgar.

“Most of our stuff is so outrageous that there’s no chance someone could take it seriously,” Gary says. 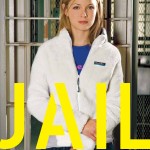 A print catalog shot inside a Michigan prison drew criticism from groups advocating for prison reform, but not from Moosejaw customers. “The people who know us understood we did it because cells and a prison yard are a cool backdrop. And, well, who else would do that?”

Take a look at this video.

The catalogs are crazy edgy. A few have used Augmented Reality technology. The holiday 2011 catalog had a downloadable X-Ray app that could be used to view the models in their underwear. A 2012 catalog was paired with an app that allowed them to virtually hose down a model sweaty after a workout.

“Some customers said it was a little creepy but not really offensive,” Gary said. “Most had fun with it.”

You don’t have to be outdoorsy to love Moosejaw’s website. Customers supply photos, drawings and other content. Employees decided to redecorate headquarters via a mural-painting contest between departments, photos were posted online so customers could pick the winner.

Email Moosejaw a question and you’ll get the answer as well as a comment that will leave you scratching your head., (The reply to my request to interview Gary included the statement: I ate two Twinkies for breakfast and I’m feeling really good about myself.) 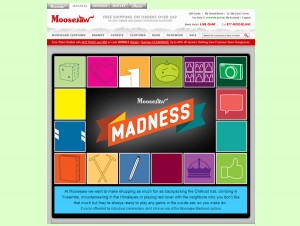 Moosejaw has an office dog. He tweets. Check the website for his feed.

The Moosejaw call center has pulled double duty as customers’ romantic intermediary. For a while they offered a break-up service and a “frenching” service. (Give Moosejaw contact information of the person you’d most like to French kiss at the midnight on New Year’s Eve and they’ll give him or her a call to get the ball rolling.)

Fine points of customer engagement (not random, but systemically)

I asked Gary for tips on how to create that friendly, feel-good vibe so customers will remain loyal even after they “grow up.” 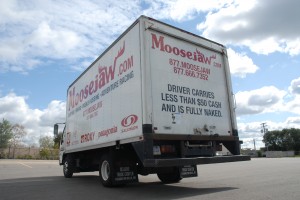 “It has to be the same personality coming through each customer touch point or they’ll think you’re faking it,” Gary said. “That’ll put cracks in your brand.”

That’s why Moosejaw trucks bare the message “Driver carries less than $20 cash and is fully naked” as well as the logo. And that’s why shipped orders are plastered with stickers, including “sealed with a kiss” smooch marks signed by the employee who packed it.  The head-scratchingly funny Moosejaw voice even permeates branded clothing labels. 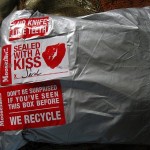 2. Hire people who mesh with your culture.

Moosejaw employs 300 people and they’re not all gear geeks. Some don’t even do yoga. Activities don’t matter as much being able to play along with the Madness, Gary said.

“There’s not enough time to put every Tweet or Facebook post through the ringer (a multi-step approval process),” Gary said. ”You set the big picture and everybody aligns to it.”

3. Don’t be afraid to fail, but test the waters before you jump in.

Before sending anything out, Gary says his team asks the question: Is this funny enough that someone would forward it to 10 friends? If not, they keep thinking.

4. Offer prizes. They don’t even have to be that great.

Winning a prize creates a connection, even if it’s only a T-shirt. Moosejaw awards loyalty points that don’t convert into huge savings, but the brand’s social media followers have a blast trading them. (“I need 500 more points to get my Osprey backpack. Who can help?”) 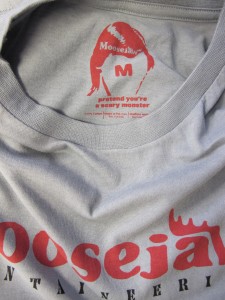 A spring promotion offers customers a choice of a water bottle or a “Prepare for Truancy” kit that included downloadable doctor’s notes. The kit had no monetary value but was hands-down more popular than the water bottle, Gary said.

What Madness means to me.

Obviously, educators can’t follow Moosejaw to the letter. The state superintendent of schools would have something to say about Prepare For Truancy kits and X-ray apps. School secretaries probably don’t have time to offer a break-up service on the side.

Decide for yourself whether there are principles of Moosejaw Madness that you could emulate – especially their determination to do just about anything to engage customers.

I’ll close with a clip of my favorite Moosejaw stunt: bologna whipping.

I could buy my Merrell hiking boots a lot of places, but I want to buy from people who toss cold cuts like Frisbees. You will, too, if you see this video.

(Kym visits with interesting people – both inside and outside of education – and includes cool “take-aways” for school communicators in her articles at www.scnforyou.com.)