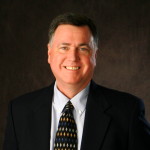 Hi there! I’m Tom Page, the founder of SCN, the School Communicators Network.

I’m only wearing a tie because my wife and daughters pressured me into it.

Don’t let the smile fool you. Usually I have a “puzzled” look on my face.

There’s so much to learn and try to stay on top of.

That’s why I pulled together a wonderful group of people willing to share their ideas and tips with folks just like you and me – school communicators.

SCN exists to help you grow in what you know.

I know for a fact that just writing the Encourager every school day keeps me plodding along on my “journey toward average.” (And if you’re feeling brave – the sign-up box is on the right.)

I’ve been the communications coordinator for Holland Public Schools (MI) for the last 18 years, a diverse school district in west Michigan – where probably like your own school district – great teaching, high standards, community support, and relationship building still matter.

I’m a former elementary teacher, a bricks and mortar retail partner, and over the last 25 years, I’ve managed over 100 political and school bond campaigns – even making it to the front page of The Wall Street Journal.

SCN wants to be a consistent source of inspiration and encouragement to you.

Every school person (at every level!) plays a critical role in fostering friendly and effective school communications. YOU are always welcome here.

Here are the other nine members of the SCN team… so I hope you’re ready to join us.

“Let’s play!” only really works with you on board.

I’m proud to introduce you to the high quality, high character individuals who bring great value to SCN. They are big time believers in our public schools and the work that you do. I’m blessed to know them. No doubt about it. 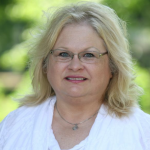 Trust me. Kym is awesome. She’s a top-notch veteran journalist who covered education and other assignments for the Grand Rapids Press for more than 20 years. And being a tremendous writer hasn’t hurt her any! I enjoy Kym’s friendly manner and sincere curiosity. I value her professionalism as she reaches out to a wide variety of premier communicators, both inside and outside of education, to tell us about their personal keys for success in the field of communications. Don’t miss her “Insights that may surprise you” posts. I don’t. Kym’s surprises are always good ones. 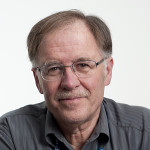 Talk about in-the-trenches school communications experience – Jim has it! When he was hired by Zeeland Public Schools in the 1980’s (long after the rise and fall of disco and those wild hair bands), he was one of the first full-time school communication specialists ever hired by a school district in west Michigan. Jim’s has a journalism and radio background and he has expanded his impressive repertoire of skills to include website development, video production, and podcasting. Jim and Holly McCaw are the creators of SCN’s popular “Video for Newbies” training courses. He loves living under the pressure of deadlines. (Just kidding!)

Holly has been the communications director for Otsego Public Schools since 2011. She came to her duties from Fox 17 (Grand Rapids) and Channel 3 (Kalamazoo) where she helped produce and report stories on their early morning shows. How she did this by reporting to work at 1:30 am is beyond me – but Holly is excellent at her craft. She’s also a fine school communicator and she co-teaches a video production class at Otsego High School. With video exploding as the preferred communications platform of choice, Holly’s role in SCN is significant. You’ll always smile when you see examples of her work. Plus, she’s about 73 years younger than me. 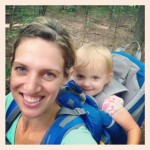 Erin probably hates the title I made up for her because she’s a mom, wife, and middle school social studies teacher first… and SCN is far down on her list of priorities. But I wouldn’t have it any other way. Erin and her husband live in Petoskey and she teaches in Boyne City Schools. I’m constantly amazed by her grasp of technology until I remember that she’s a three time presenter at MACUL and a former tech integration mentor. Erin says she loves being a “northern Michigan girl.”  I also think she’s happy to be about 200 miles away from me bugging her with tech questions. Watch for her tutorials on our website. Even I’m learning from them! 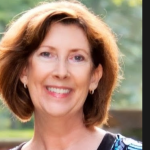 Hey bud, got 20 minutes? Let me tell you about Jean. She’s an accomplished author, speaker, workshop leader, and social media strategist. But I have something special in common with her, though. We’re both adoptive parents and very proud of our girls. Jean is the social media specialist at Oakland Schools on the east side of Michigan and she is valiantly herding SCN’s social media cats – and intent on providing a few instructional nuggets along the way for all of us to enjoy. Not too many school communicators can say they’ve presented at both MSPRA and NSPRA in 2014, but Jean can. With all she’s got cooking, I’m grateful she’s kept SCN in the mix.

You may think I’m joking. I’m not!  I’ve known Rob for more than 30 years. And he’s been a fantastic friend and mentor the entire time. (No small task!) But Rob is one of the most knowledgeable and skilled communicators I know. He is a talented communications leader as a corporate vice-president for a major healthcare organization. He is also a professor at Hope College where he teaches speech, communications, and political campaigning. Rob and I have worked together on many election campaigns over the last three decades and we’ve always done our best to balance experience and youth, vim and vigor, and bluff and bluster. He’s the more stable one, I’ll grant him that. You’ll enjoy Rob’s thoughts on topics of critical importance to us.

Sandy is now retired, but for many years, she was the administrative assistant to our school district’s superintendent. To say we worked closely together on a wide range of school issues and “situations” probably understates how interdependent our roles were. I guess this is only natural that school superintendents, assistants, and communication directors would share a lot of the “ups and downs” of school district life. The fact that I’m still employed by Holland should tell you how smart and organized Sandy is. She and I comprised a great two-person team in our district. The fact that Sandy’s still willing to help out SCN although she’s retired should tell you that I can be a pretty pesky beggar when I have to be. You should ask her why she never blocked my calls. 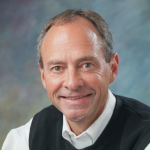 Mark de Roo is a dynamic leadership and mindset coach who is much sought-after by businesses and non-profits alike. They know he can take them to the next level. As impressive as his client list is, it is the essence of “who Mark is and what he’s all about” that I prize most. Mark is a man of great integrity and wisdom, and I appreciate how he’s always reaching out to people in our community to give them a boost if he can. Mark’s company (Keystone Coaching and Consulting) keeps him plenty busy. But he’s not too busy to be good husband, father, grandfather, and friend. Like Rob, Mark also has a daughter who’s a public school teacher. He’s definitely a great guy to have on our side. 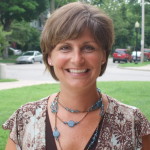 Think of the best teacher or principal you know in your district. Think of the respect and admiration you have for what he or she brings to the profession. This is what Elizabeth means to me. Two of my daughters had Elizabeth as their 3rd grade teacher. I’m sure Elizabeth was shocked (she covered it well) to serve with me on our district leadership team later when she became a principal at one of our elementary schools. So that she can enjoy family life more fully, Elizabeth now only consults in our area on specific education projects. But she knows teaching, school culture, and curriculum like few do. She adds considerable energy and direction to my thinking about SCN. Elizabeth is also incredibly honest. Most of the time, I appreciate this trait, too.

SCN is all about sharing ideas and experiences with each other. YOU, me, all of us. When we explore what “what works” together, the possibilities for professional growth and support are endless. Wouldn’t you agree?