And you know what they say about having only one chance to make a great first impression.

Hosting a Very Important Person is an effective way to heighten awareness of local issues, become part of national news coverage, and position your organization as a leader.

But it’s not easy duty for public relations professionals – especially when planning timelines and security details are tight.

To find out what it takes to host a VIP, I reached out to Jessica Westra, a freelance publicist who was the primary local organizer when President Barack Obama visited a retooled Johnson Controls Inc. advanced batteries manufacturing facility at Holland, Mich., in August. 2011.

MOVE Communications of Ann Arbor had the JCI publicity contract. Owner Don Hart knew of Jessica’s work planning grand openings for a children’s museum and a nightclub venue in nearby Grand Rapids. He also knew that she lives in Holland and that her husband works at JCI. Figuring Jessica may already know JCI products and important Holland players, Hart outsourced planning for the JCI lithium icon battery plant opening to her. 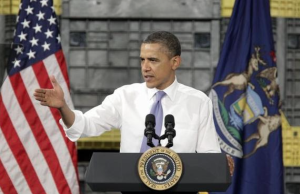 Jessica said her plans for a ribbon-cutting event featuring corporate leaders and West Michigan dignitaries were essentially complete when she got a “please stand by for an important message” call from JCI executives six days before the opening.

The bombshell: President Obama wanted to attend the event. And that changed everything.

“My heart leaped with excitement, then it fell,” Jessica said. “I realized this event had to be of presidential quality. I had only six days to plan it. And the world would be watching.” 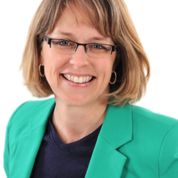 A graduate of Calvin College in Grand Rapids, Jessica got her first experience as a publicist through an internship with a Chicago public relations firm. She said she instantly liked the work because she viewed it as “telling the story of events, organizations, and products I love.”

She took a position with Seyferth & Associates, a public relations firm in Grand Rapids, but later accepted a job planning book launches and nationwide author tours for the evangelical publisher Zondervan.

After she and her husband became parents, she moved into a consultant’s position to make it easier to balance the demands of career and family.

“No previous event planning experience will be just like hosting the President of the United States,” Jessica said. “It’s like planning a super-sized wedding on steroids.”

Within two hours of receiving the call President Obama wanted to attend the factory- opening event she was planning, Jessica said members of the White House Communications Team and Advance Team started to arrive in Holland. So did members of the Secret Service and out-of-state officials from JCI.

“Beware that life will get really intense really fast,” said Jessica, noting that she was suddenly coordinating everything from porta-potty rentals to criminal background checks.

“It’s no time to be a control freak,” she added. “Hosting a VIP means you have to relinquish control. You’re lending your facility for the VIP’s messaging. Your job is to be supportive and rally the organization to be on board.”

One of the first things Jessica and her planning team did was announce the visit to JCI employees at the host facility. The President’s visit would require them to move equipment, delay production, and clean the factory to a high gloss.

There were some cheers and applause when the Democratic President’s visit was announced, but the predominant reaction was silence.

Holland is mostly Republican. The family of the late Edgar Prince, which sold this its group of Holland-based manufacturing facilities to JCI, has deep ties to the GOP and conservative causes.

“We said this was a time to set politics aside and respect the Office of the Presidency,” Jessica said. “We all needed to embrace this opportunity for the company and the community to shine.” 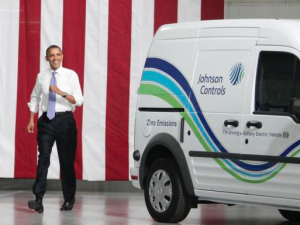 Although she expected no conflict from conservative employees, Jessica said she made it clear to the White House’s A-Team that the President’s tour and talk was coming to “a very red town.”

“You can’t hide anything,” Jessica said. “The goal is to have no surprises that can derail your big event.”

Employees all wore blue polo shirts with the JCI logo the day of the Presidential visit. The uniformity made photos of the event look patriotic. The shirts also enabled local politicians and other guests who identify the workforce.

The A-Team – mostly comprised of Obama supporters in their early 20s who had been active in the election campaign – trucked chairs and many other items needed for the event from a storage facility in Detroit, but Jessica said she provided them with lists of local vendors for catering, tents, sighting, staging and flowers.

“You’d be amazed how accommodating vendors can be when you tell them it’s for the President,” Jessica said.

The only difference that school officials hosting a VIP will find is that they’ll surely have a lot smaller event budget with than she did directing things for JCI, Jessica said.

Shortly after the President’s visit, Jessica received a beautiful letter from the President on White House stationery thanking her for all she did to make the event a success. She framed it and hung it in her house to remind herself that even VIP visits with very short timelines can be organized and executed well.