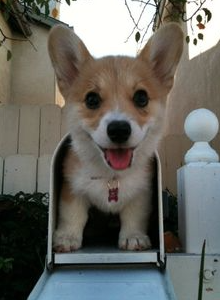 Veteran mail carriers barely notice the yapping dogs along their routes every day.

Pesky canines are simply another common obstacle very much a part of every postal worker’s daily routine.

When we’re at work in our schools, a surprising bark out of the blue would startle you or me.

Not a mail carrier.

We deal with the unusual, the unexpected, and the unplanned everyday.

Very few April Fool’s Day pranks (legal ones, that is) could even get one of us to raise an eyebrow anymore.

Now… when we spot one of our MISTAKES, that’s different!

A MISTAKE will get our hearts a-pumping! 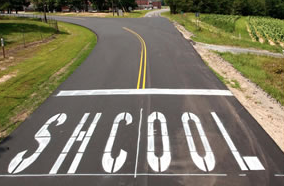 When Kentucky Superintendent Kelly Middleton spoke at the recent MSPRA conference in Lansing, his powerpoint presentation included this photo.

We all enjoyed a big laugh.

But after about five seconds, everyone in the audience inwardly breathed a sigh of relief.

I know I wasn’t the only one thankful that the blunder wasn’t mine. 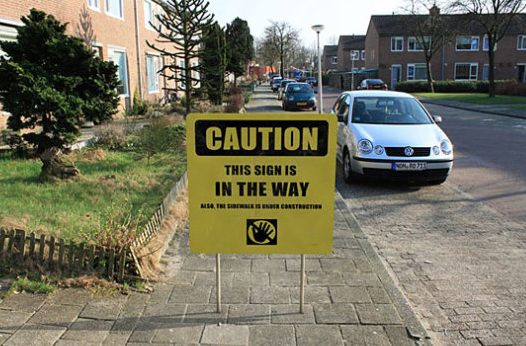 And this boo-boo wasn’t one of mine, either.

This photo wasn’t included in Superintendent Middleton’s presentation, but that would’ve been nice.

I wouldn’t be having use this April Fool’s Day Encourager to try and set the record straight about all of the mistakes I didn’t make.

You know, I’m not the only one in our tribe sensitive to the embarrassment of prior typos, omissions, and oopsies.

At our dinner table one night at MSPRA, one school communicator recounted the humiliation of creating a colorful brochure for her district touting “sexcellence in education.”

Once I stopped chuckling, I wondered about asking if the brochure attracted a flock of new families.

If so, perhaps it was a tactic I should be courageous enough to recreate back home.

One thing is certain. 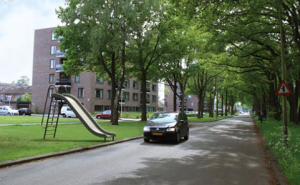 It’s a great feeling to point out the foul-ups that don’t have any of my fingerprints on them.

So much so, I have to guard against over-confidence.

Most certainly, I never would’ve pointed this playground slide toward the street like some sad sack did.

How could he have been so totally oblivious to the danger posed by that concrete curb?

Cindy thought this photo was hilarious, too.

That fling with over-confidence sure didn’t last long.