It’s not such a tiny group anymore.

Susan M. Bearden is driving the trend of more K-12 teachers tapping into the reach of Twitter from a small independent school in central Florida. 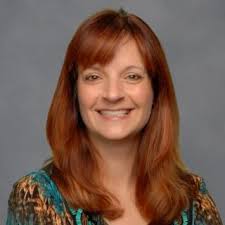 “I’ve heard a lot of people say it, but I really mean it: Twitter changed my life,” said Susan, director of information technology at Holy Trinity Episcopal Academy. The school enrolls 850 preschool through 12th-grade students on two campuses in Melbourne.

The good news is that Susan loves working in a small school because she sees teachers teaching and students learning throughout the day and suggestions for integrating technology can be readily implemented.

The bad news is that working in a small school can feel insular. None of HT’s 170 employees does what Susan does. It’s a big change from her previous career as a professional violist performing with a symphony.

That’s why Silvia Tolisano, then the 21st Century Learning Specialist at an independent school in Jacksonville, encouraged Susan to open a Twitter account in 2010. She recommended that she use the online micro-blogging tool to connect with others interested in the effective use of communication technologies in schools.

“I don’t care what Justin Bieber ate for breakfast,” was Susan’s curt reply.

Besides, if she had something important to share, she doubted it could be conveyed in less than 140 characters.

“Get over it,” Silvia said, leaving Susan no room to wiggle.

So, Susan created the Twitter handle @s_bearden. She began searching hashtags to filter the Twitter feed to find others interested in the latest and greatest instructional technologies.

Before long, she had used Twitter to “follow” a network comprised of 6,000 people who share her interest in school technology and are eager to exchange resources and expertise. Susan hasn’t met most of these people face-to-face, but they have become her Professional Learning Network (PLN).

“When I have a question, I tweet my PLN,” Susan said. “It’s better than email because you may get lots of answers. It’s learning, amplified.”

Two years ago, she and four other members of her PLN started a Monday night Twitter chat at #edtechchat, which has spawned several other chats on specific technologies.

The five also collaborate on #edtechchat Radio, a podcast on the BAM! Radio Network.

Some 12,000 Twitter users are now also following Susan’s tweets, many of which are intended to raise awareness among parents and community members of how technology expands classroom learning opportunities.

At a 2013 conference, Susan met representatives of a company called Crescerance, which builds apps and mobile friendly websites.

The company was ready to test a drag-and-drop interface for building mobile apps. Crescerance designed MAD-Learn to be so simple that even fifth-graders could become mobile app developers.

Bearden found three fifth-graders at her school who were interested in creating mobile apps about their favorite things: Golden Doodles, Rainbow Loom bracelets, and fashion design.

As the fifth-graders worked, Susan dabbled with MAD-Learn. If she were going to build an app about her passion, she mused, it would teach teachers to tweet.

“Go for it,” the Crescerance rep said.

The app includes three-to-four minute video lessons for novice, intermediate and advanced Twitter users that can be watched again and again.

Twitter 101 shows how to create a profile, basic Twitter terminology, how hashtags function, Twitter etiquette, various tricks like how to save a search, connect to a flipboard, and how to recognize and avoid Spam.

Susan intends to update lessons and add new ones to keep the app current as Twitter evolves.

While she developed TweechMe with teachers in mind, Susan said it works for any newbie. Her husband, an engineer, is proof.

The app has been downloaded more than 1,300 times with no promotion outside of buttons Susan passed out at an IT conference called MiamiDevice.

Susan’s primary duties are information technology but she also considers herself a school communicator.

“Independent schools,” she said, “have to think about marketing as a matter of survival.”

That’s why she uses Twitter to build relationships with reporters. Tweeting reporters about what’s happening with instructional technologies at her school resulted in a front-page story on a local newspaper, and teachers from her school being interviewed for a radio story broadcast statewide, Susan said.

In addition to tweeting story ideas to reporters, Susan recommends the following ways school communicators can use Twitter:

Print your school’s Twitter hashtag on newsletters, back-to-school and promotional materials. Nevertheless, the most effective way to build a following is to jump in and use the hashtag, Susan said.

“You won’t understand the possibilities of any platform,” she said, “until you use it.”