Good teams win by taking advantage of their takeaways.

Now… many of you who are astute football fans are probably asking, “Hey, you wrote ‘takeaways’ … didn’t you really mean ‘turnovers?'”

But I’m not creative enough to use the more accurate word “turnovers” when the word “takeaways” is the one that fits perfectly with the point I’m trying to make.

This goofy mindset is why I usually need pieces from the boxes of two different jigsaw puzzles in order to assemble one complete puzzle.

Anyway, I was listening to the radio (again) while shaving early Sunday morning.

And yes, I realize that if my radio broke or if I grew a beard, I’d have very little to write about.

To make sure that this won’t happen, I hoard batteries and razor blades secretly (along with Spam and bar soap) like one of the prepper people in the Doomsday reality show. 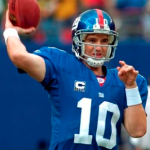 The host asked Accorsi why he chose quarterback Eli Manning a few years ago as the Giants top draft pick when all of the data and college statistics at the time about Manning indicated that he wouldn’t be very successful playing professional football.

Accorsi said that when predicting and evaluating the future success of players, you have to look beyond the obvious, the measurements, and the numbers. Arbitrary grades and scores do not give coaches and general managers the full profile of any player – even though that might be desired.

Comparison charts and report cards could then be created with more integrity and decision-making would be easier.

“Measurements aren’t enough,” Accorsi said, “you must look at how a player steps up and performs when the game is on the line.”

He continued, “you want to find out – of course, if the player has the necessary talent – but also if he possesses the inner drive, the selflessness, the work ethic, and has earned the respect of his teammates. This is what it takes to win. Leadership and team success are rarely built on the stats kept in some file.”

He offered this quick example.

“Today, we like to make a big deal out a quarterback’s proficiency rating. We shouldn’t. All-time great Super Bowl champion Joe Montana had a lifetime rating of 92.  Hall of Fame quarterbacks Johnny Unitas, Bobby Layne, and Joe Namath all had lifetime ratings in the 62-68 range. No one would say these players weren’t big time winners in the game we call football.”

Holy crow-moly! What a perspective on testing, rankings, and the ingredients needed for success!

I’m sure you noticed that Accorsi’s words have relevance to what we do in our schools.

I wonder if Accorsi saw this interception coming.

And please let’s call it a “takeaway.”

It’s so much better than a “fumble.” 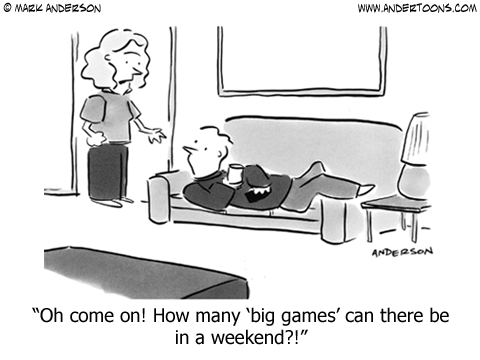