I left Barnes & Noble feeling good about myself for buying notecards handcrafted in Nepal from the Lokta plant using ancient skills by a women’s cooperative. 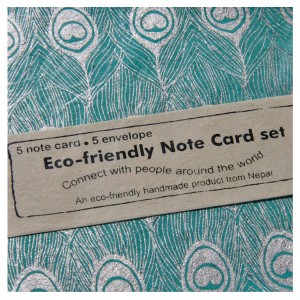 There are less expensive cards that were just as pretty, but I bought this packet of cards because I wanted to support the process and people who produced it.

Attaching a charitable contribution directly to the purchase of a consumer product is called “cause marketing” and we’re seeing it everywhere these days – including our schools. Even if our own transaction is small, most of us want to effect social change in some way.

The most prevalent examples are probably the pink ribbon logo, which suggests purchase of that product helps fund breast cancer research, and yellow rubber wristbands, symbol of Nike and the Lance Armstrong Foundation’s Livestrong cancer awareness campaign. (Obviously, another article could be written about the risks of brand sponsorship.) And close to many is the school tradition of having students sell magazines, specialty foods, wrapping paper, and other products to raise money for school clubs and activities. Is there a dark shadow to “cause marketing?” 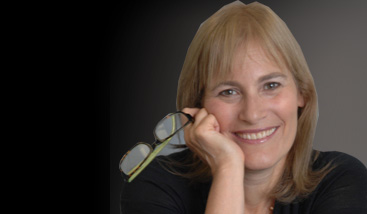 Cause marketing is not “evil,” but consumers must realize that the company doing the selling usually benefits more than the charity, says Mara Einstein, professor of media studies at Queens College (N.Y.) and author of the book “Compassion, Inc.: How Corporate America Blurs the Line Between What We Buy, Who We Are, and Those We Help.”

Cause marketing provides temporary relief without addressing root problems like joblessness, access to health care, and inadequate education, she said.

“The most effective way to support any cause,” Mara told me, “is to give money directly.”

She likes that consumers like me try to make a difference in the world by the products we buy. She just doesn’t want cause marketing to dupe us into thinking we’re doing enough to effect genuine change.

(Truth is, according to Mara, the Susan G. Koman Foundation for the Cure doesn’t have a lock on pink ribbons. You’ll find them on products that don’t fund breast cancer research. And yellow bracelets have become more associated with a lifestyle than Livestrong fundraising.) 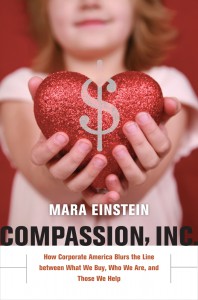 An insert into my packet of notecards states that only the bark of the Himalayan Lokta is used to make this richly textured paper and that its harvest is controlled. I like that, but I also recognize it as “greenwashing.” The enclosure doesn’t state whether any of the $8.95 purchase price is given to the women-owned cottage industry. In actuality, corporations cap donations attached to most cause marketing campaigns, Mara said. The fine print may promise a portion of each purchase price up to $50,000 will be donated to charity, but consumers will never be told when the cap is reached.

[pullquote]“Don’t let your belief in a cause obscure the fact that this is, essentially, a marketing strategy to sell more of a product,” Mara said. “If you don’t want the product, don’t buy it.”[/pullquote]

True confessions: As a parent I dread fundraisers because – outside of Girl Scout cookies and Boy Scouts popcorn – products look considerably less sumptuous in real life than in the sales catalogue.

And I don’t like selling friends, family, and colleagues trinkets, even if it does support my child’s school. Billy Mays had the enthusiasm to pitch products. I don’t.

As a journalist, I covered a family “fun run” sponsored by a parents group that took the place of a fall fundraiser at one elementary school. Students collected pledges for running with their parents and siblings on the high school track. The no-frills event raised twice as much as its predecessor. (Perhaps grandparents contributed generously for being freed from the obligation to buy overpriced wrapping paper.) 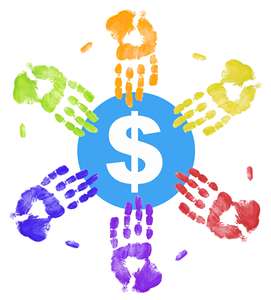 I sense that suburban K-12 schools are doing more “thon” fundraisers (run-a-thons, walk-a-thons, read-a-thons) than they did back in the days I was hawking magazines, Christmas cards, light bulbs, and chocolate bars door to door. Yet, a month never goes by that I’m not asked to buy cookie dough, pizza, or something for the purpose of supporting a school activity.

Mara told me that she finds it unconscionable that many schools are still asking students to sell chocolates to raise money at a time when childhood obesity is recognized as a significant health problem. She said she – like many parents in her middle school-aged daughter’s public school – don’t want their kids peddling “crap,” especially door-to-door. When the fundraiser packet comes home, she simply returns it to school with a $50 donation.

“When I was a kid a typical school fundraiser was selling boxes of fresh oranges and grapefruit from Florida, which is something healthy that people actually want,” Mara said. “Wonder what ever happened to that?”

But some school-related cause marketing isn’t easy to categorize as good or bad.

I asked Mara’s opinion of a fundraiser that the music department at my children’s high school typically held on a weeknight early in December in a local department store. Vocal and instrumental music students performed in the store all evening and the store donated 20 percent of its sales  that night to the music program.

For the store, the concert generated additional traffic (students and their parents) on a usually light night for retail sales. There wasn’t much extra work for teachers and students who played live music on site, since they performed selections they were already rehearsing for upcoming holiday concerts.

When I attended this fundraiser, I always bought something. I wanted to support the school’s excellent music program, and admittedly, I didn’t purchase anything that I wasn’t going to need to buy later. But, in all honesty, I probably would not have had to make my purchase in that department store.

“Should a parent feel duped by an event like that?”

I asked Mara. I was glad that this event did not make her exploitation meter go crazy. 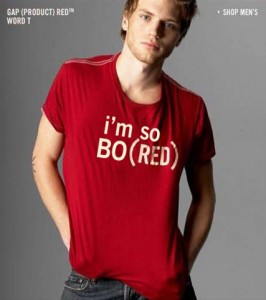 Mara said her gravest concerns about cause marketing are campaigns like rock star Bono’s (RED) global campaign to support the fight against AIDS, malaria, and tuberculosis in Africa through sales of popular consumer goods. Millions have been donated since the campaign launched in 2006.

“Cognitive dissonance is dangerous,” she said. “That’s what you have if you see people dying in the streets and you think you’d better go buy an iPod.”

But, she acknowledged that a parent’s chances of finding something of value that he or she actually needs in a department store are pretty good. She liked the fact that the concert showcased the actual learning that the event supported. As long as a parent realizes they can support the music program financially by giving directly to the school, no harm is done, Mara said. It’s not like buying the $900 Bugaboo stroller associated (RED), then finding out only about $9 of the purchase price goes toward the cause, she said.

Boost your fundraising by boosting the educational value

Generally, though, she said she thinks schools could do a better job of upping the education factor with fundraisers.  After all, teaching somebody something fuels more social change than selling them something. 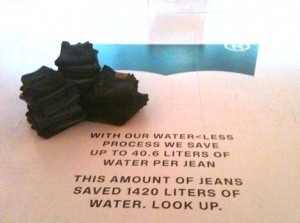 She cites Levi’s Jeans as a corporation that’s doing cause marketing well through its “Water<Less Jeans” line, which uses 96 percent less water than traditional finishing methods. Levi’s launched the brand in 2012 along with the website www.levi.com/waterless, where consumers can do activities to learn about the global demand for clean water and actions they can take to reduce their water usage. Activities fund WaterCredits, the nonprofit organization water.org’s mechanism for making loans for water and sanitation upgrades to people who lack access to traditional credit markets.

Levi’s “Water<Less Jeans” passes the Mara test because consumers don’t have to buy the pants for water.org to benefit. As long as they interact with water conservation learning activities on the website, Levi’s donates.

Mara wishes more corporations would “stick to their knitting” and rely on foundations to do their philanthropy. 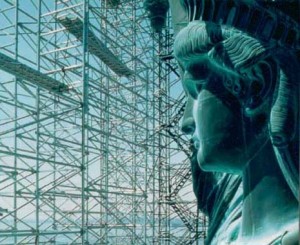 Cause marketing has been on the radar since 1983, when American Express advertised the financial services company would contribute a penny from each credit card purchase to restoring the Statue of Liberty, a campaign that generated $1.7 million!

She acknowledges that cause marketing probably isn’t going anywhere. (It’s a technique that has pull – especially in the aftermath of natural disasters — with the psychographic group known as “cultural creatives.”  These are generally well-educated folks who care about the environment, social activism and big-picture perspectives.)

Mara recommends the following considerations for sizing up, or developing, a cause marketing campaign.

What parameters does your school set for raising funds? Have you tried cause marketing? What worked and what didn’t? Tell us on the Message Board.

Posted in Expert Insights and tagged cause marketing