Was I “cheating” when I went to Steelcase’s website to read essays penned by great thinkers to coincide with the office furniture manufacturer’s 100th anniversary? After all,  drawing from these fertile minds prior to writing this article about the future of education would help me immensely, right?

And “The Rise of the Small” was the essay that hooked me. It’s by Don Norman, a former VP at Apple, trustee of IIT Institute of Design (the world’s largest graduate design program), and earned a hip-deep list of other credentials. 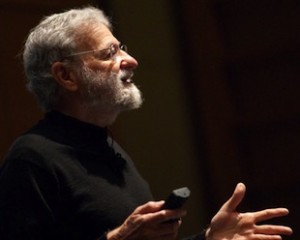 “I dream of the power of individuals, whether alone or in small groups,” Don began, “to unleash their creative spirits, their imaginations, and their talents to develop a wide range of innovation.”

I always like it when someone begins with the word “dream.” And Don’s got a big one.

Don says the rise of portable, efficient and relatively inexpensive tools like tablet computers and smartphones have the power to revolutionize industries like teaching, writing, entertaining, and creating art and music. Sharing information and ideas is becoming so cheap and easy that practically anybody anywhere can benefit.

I reached Don by phone at his office in Palo Alto, a city nestled in California’s “Silicon Valley,” where he’s busy updating one of his most popular books, “The Design of Everyday Things.” 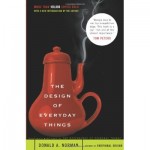 I expected to hear him describe the Silicon Valley as an education innovation hot spot, like it is for high-tech companies like Apple, Hewlett-Packard, Intuit, Google, Facebook, and others.

Not so, Don said with a deep sigh.

“We’re stuck in a really bad problem here, like everywhere else,” Don said. “Our education system is flawed. It starts at the college level and works down through K-12. It’s all so intertwined that it’s really difficult to fix one thing without messing up something else.”

The core mission of education, Don says, is to motivate people to discover, develop and demonstrate their talents.

The core problem is that the system of education we have is erected on the belief that things people most need to know can be listed, codified and tested.

“The truth,” Don said, “is that tests really only tell us how good students are at taking tests.”

In a nutshell, the structure of schooling can inhibit the highest forms of learning.

What’s needed, Don said, is an education overhaul that breaks instruction out of the test preparation box and encourages students to cooperate and collaborate to achieve new insights. 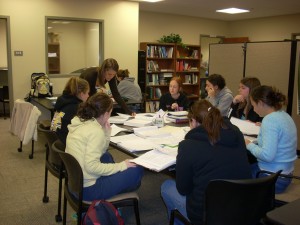 A system grounded in cooperation recasts teachers from “sage of the stage” to guides. It pitches the Bell Curve out the window and evaluates  students against absolute standards.

He says K-12 would be wise to marshal resources and top teaching talent nationwide to develop engaging instruction modules based on, ahem, video games. That’s because students frequently learn best in the context of a quest or game. Don’t laugh, Don cautions. The U.S. military is probably the nation’s largest training organization and it’s been teaching via video games for years!

Why change is so darn hard

Revamping instruction and assessment sounds simple enough, but it would mean taking on a huge fight.

A school system in progressive Santa Cruz once dropped letter grades in favor of teacher-written narratives of how well a student had learned, Don recalled. College admissions departments went into a tizzy. Teacher insights were more revealing, but cumbersome because they couldn’t be codified.

“Colleges aren’t set up to deal with narratives and, probably, neither are employers,” Don said. “Considering that students usually go to college or go to work, that’s a formidable obstacle. Both higher education and business have deeply rooted practices.”

Don says he witnessed the pushback himself many years ago in Palo Alto, when a new hands-on K-12 math curriculum was proposed. There were colleagues who opposed adopting the curriculum while also acknowledging it was a better way to teach math.

The reason: They wanted their kids to be accepted into prestigious Stanford University. The traditional curriculum was trained on producing higher scores on the Scholastic Aptitude Test (SAT), a major component in college admissions decisions. 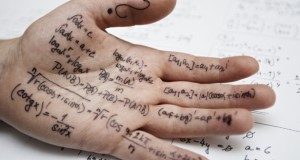 All for “Cheating” raise your hand!

An easier place to start badly needed school reforms, Don suggests, might be to rethink schools’ outdated prejudice against “cheating.”

(I gulped when he said this. Cheating in school feels so wrong, like swearing in church.)

“Cheating that involves deceit is, of course, wrong,” Don said. “But, in my view, the emphasis on working in isolation is over-emphasized.”

In the real world, what’s valued is knowing how to tap information that leads to the best solution, giving credit for it, and synthesizing it well, Don said.

The sin of plagiarizing isn’t “copying,” Don said, it’s not giving credit to the person who had the idea.

If schools change their stance on copying, there would, ironically, be less cheating, Don contends. The way it is now, students can’t give credit (even to another student) for a great idea because they’re told “do your own work.”

Grading students on how thoroughly they researched something and then presented the findings – rather than finding a specific answer – could open the window for a style of education that truly motivates, Don said.

I never expected a great thinker would get me to reexamine cheating. Thank-you, Steelcase, for giving me the idea to give Don Norman a call!