He probably has more. 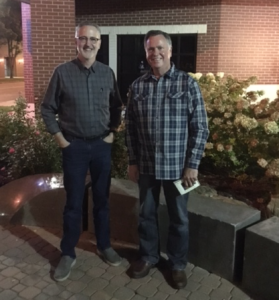 But I can only vouch for two.

The first is his practice of building extra time into his travel schedule so he can connect with friends and acquaintances when he arrives in a new city.

Whether David will still do this after meeting up with me last month is a fair question.

His second practice gives a peek into his personality, in that, it reveals his non-stop curious nature.

Now, think about how many times you’ve seen a quotation in a social media post or powerpoint slide, and then when you see the name of the contributor, you have absolutely no idea who the person is?

Or even really care?

Well, David’s not this way.

In his book Worth Remembering he makes the backstory of various quotations – by offering glimpses into the experiences of the contributors as well as his own observations – practically has thought-provoking as the quotations themselves. 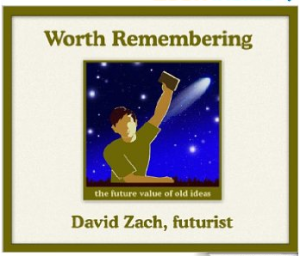 “In a time of drastic change it is the learners who inherit the future. The learned usually find themselves equipped to live in a world that no longer exists.”
– Eric Hoffer (1902-1983)

[David then adds.] Hoffer is one of my favorite authors. Get this: he was both a longshoreman and a philosopher. Doing day work on the docks, he’d write during lunch and after hours. His classic book is The True Believer, and he has ten others that are just as intriguing. He wrote in an aphoristic style, so he’s easy to digest and to quote.

Without knowing why, he lost his sight when he was a boy and only regained it several years later. After that he read everything he could because he didn’t know when he’d lose it again. Most of his education was outside of school and often guided by the kindness of strangers and a few friends.

I especially liked David’s description of Hoffer’s writing as “…easy to digest.” 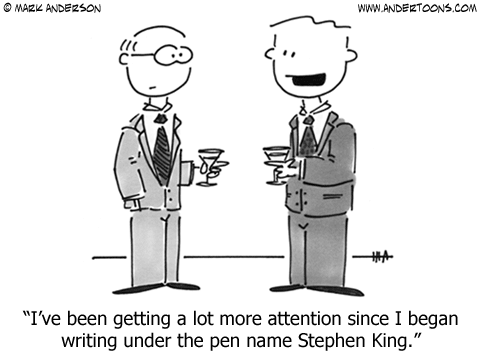