You don’t have to be.

Robert Cialdini keeps the psychological mumbo-jumbo to a minimum in his book “Influence.”

I only used the Confused, Convoluted, and Confused wording in my subject line to test how widely popular it would be with you and other school communicators.

Dang, I hate it when I only have it only half right.

But he makes sense.

A subject line leading with Clint Eastwood, Carrie Underwood, and Conan O’Brien sounds more interesting to me, too. 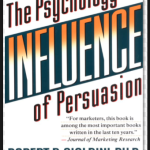 I’m discovering that he’s definitely got a ton of worthwhile advice for us to ponder.

And I’m just pulling a few gems out of an article in the Harvard Business Review magazine.

Imagine how many there must be in his book!

Here are three more from my dog-eared HBR.

And admittedly, I probably wouldn’t have found these had the Tigers made it into the World Series. Who would’ve had the time to read some magazine purchased a month ago?

In the HBR article, Cialdini mentioned the impact of rewards, awards, and other tangible morale boosters.

They’re all fine, according to him.

But they are not as effective as the rewards, awards, and tangible morale boosters that are delivered with a bit of surprise, a bit of personality, and a bit of flair— even if they have a lesser monetary value.

The routine and predictable bonus is ever so ho-hum, it seems.

Hand-written appreciation cards mailed to folks at their homes are the new “wow!”

(I’m a boring old guy, though. So the bland mundane bonus still works for me.)

The bottom line: you can shave dollars off of your bottom line by thoughtfully scattering about some creative surprises here and there, now and then for the troops.

Another of Cialdini’s nuggets involved honesty. (No lie.)

Cialdini cited a study where project teams (teams of project-based learners, perhaps?) were all working independently in proximity of each other to solve the same given problem.

Researchers passed along the word that one of the project teams had conspired to cheat.

It didn’t take long for ALL of the other teams to begin performing significantly worse on solving the problem once they started to become pre-occupied and stressed about that “cheating team” in their midst.

Cialdini believes that perceived cheaters just don’t impact their own performance. They slow down the progress of everyone else who suspects “something is not quite right.”

Cialdini was also asked about the impact of today’s social media reality, and if he would change any of the original points he made in his decade-old book about influence and persuasion.

Whether it’s on the internet or in a face-to-face setting, all that supports his six principles are still relevant.

The big difference he said, though, is that people are now beginning to be influenced more by their peers than by any single expert, especially when it comes to travel. lodging, restaurant experiences, and other major decisions. (school choices?)

AND BY THE WAY… THIS JUST IN.

Remember how I panicked the other day in the Encourager because some of you responded to say that I owed you an “exchanged favor” for reading my emails?

And how I also told you I asked Dr. Cialdini to rule if this was indeed the case?

Well, I heard back from his office.

And it’s the kind of good news, bad news statement that only a college professor could concoct.

He indicated that if the “exchanged favor” demands descending down upon me were coming from a group of attorneys, I’d be in trouble.

Attorneys have para-legals, process servers, and collection agents that could keep my “exchanged favor” mess on the front burner for years and ultimately bankrupt me.

Fortunately though, he reminded, I’m dealing with school leaders and communicators.

He said my “exchanged favor” worries would be over in a matter of hours.

His research shows that while school leaders communicators may get riled up about something every now and then, there is always a looming issue, crisis, piece of legislation, or unbelievable situation about to pounce upon them.

Trust the research, he told me.

This never fails to happen.

School people will quickly forget about whatever it is they are demanding of you.

Whew! This was great to hear.

Have a good weekend. I know I will. 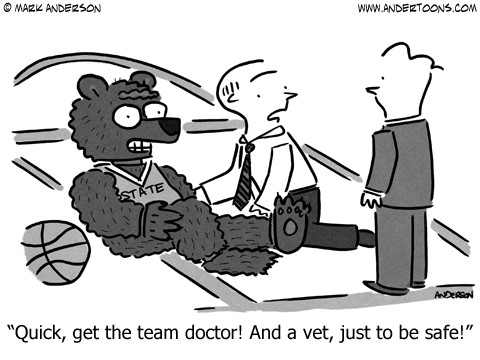