How do you grow a shared sense of mission? 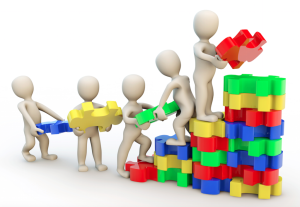 Every organizational leader ponders this.

Whether your school district is large and geographically dispersed – or on the small side and land-locked – it will be challenging to build a cohesive culture that consistently affirms and promotes your organizational objectives.

But it is possible!

Few school communicators will ever face a culture-strengthening mandate as monumental as Spectrum Health, an integrated health organization that employs 21,000 employees throughout West Michigan.

(The School Communicators Network faithful will recognize Rob as an SCN contributor. He also teaches public speaking at Hope College in Holland, Mich.) 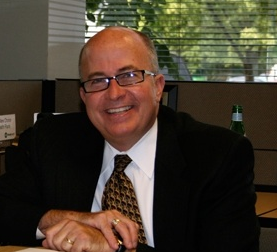 “Hiring a platform speaker or entertainment that will appeal to a large, cross-functional group of leaders, and is applicable to the mission of the organization, takes a good six months of planning,” Rob said.

So, for the last couple of years, Rob has worked hard to coach the slate of Spectrum Health “peers” willing to deliver individual talks on the SLC conference stage.

Although only 10 percent of the employee speakers have had previous public speaking experience, their presentations were memorable, Rob said, because they chose topics with which their co-workers could relate.

And the TEDx like format is conducive to fostering empathy and high interest.

It may be risky and somewhat DIY, but a TEDx like event pays dividends.

How do you get started uncovering great speeches from a diverse group of people within your organization?

Rob and other members of the planning committee sought volunteers and nominations from employees for its 2014 conferences, which Spectrum Health was licensed to run in a TEDx format.

Most people are well aware of the popular TED Talks online. TED – an acronym for technology, entertainment and design – defines itself as a platform for “ideas worth spreading.”

Its videos are watched by millions worldwide.

Twelve Spectrum Health employees were selected to speak at each of the conferences. In addition, organizers chose two TED talks from TED’s vast archives to show at each event, a requirement of the TEDx license.

Rob said he chose from the applications and nominations to ensure the diversity of topics necessary for an engaging program.

He then met individually with each chosen speaker for four one-hour sessions to perfect the speech. He held a joint walk-through at Spectrum Health so speakers could offer each other feedback.

And finally, there was a dress-rehearsal on the DeVos stage before the actual day of the conference.

Isn’t all this prep for a half-day conference over-doing it?

Yes, it’s only a half-day conference, but Rob says the SLC must be stellar.

“We have to provide something of worth and value because the opportunity costs to our organization are great,” he said. “We’re taking 1,200 leaders away from their duties for a half-day. We’re renting a venue, paying for parking for 1,000 cars and providing food. Add it all up and it’s in the hundreds of thousands of dollars to bring our people together face-to-face.” 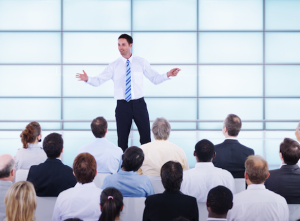 That’s why Rob said he worked with every TEDx speaker to be his or her best.

He didn’t rewrite their speeches, believing each presentation must be in the speaker’s own words or it won’t sound sincere and believable.

Instead, he worked with each one on their organizational structure; incorporating a strong opening and memorable closing, and ideally with a clear call to action.

Rob also believes in TED’s commandment to be concise. So speeches are packaged into three-minute intervals and rarely last more than 18 minutes.

The best speeches have a “red thread” from beginning to end that tie them together.

Rob heard a physical therapist tie his talk together with a hospital call light.

It was the card on a florist’s bouquet that was the “red thread ” binding a nursing executive’s talk.

But some speeches will still fall flat

Based on years of teaching public speaking, and coaching the TEDx speakers and other leaders, Rob says he’s identified three common reasons why speeches fail:
•  The speaker has no clear objective.
•  The speaker tries to include too much information.
•  The speaker never put together a good organizational pattern.

Rob says the best advice he can give to school communicators who are coaching novice speakers is to require them to complete this sentence: By the end of my presentation my audience will….

And miserly Rob allows speakers only 12 words to finish that sentence.

It’s a daunting task, Rob said, but it solidifies the core of every speech.

He gives extra points for active verbs and vivid adjectives.

“The more time a speaker spends obsessing on the choice of words,” Rob said, “the better the overall presentation will be. And the right words in hand always instills confidence.”

I couldn’t resist asking Rob to name-drop a few of his favorite TED Talks, easily found on ted.com.

If you’ve got a favorite, mention it on our U Say It Forum.

Posted in Expert Insights and tagged effective presentations, use