Does your school district’s logo convey what makes you special? 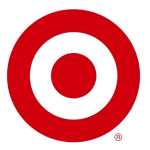 Could people in your community identify it in a lineup as quickly as Nike’s checkmark, Starbucks’ siren and McDonald’s golden arches?

A highly recognizable logo is among a school district’s most powerful assets because it communicates so much in an instant.

If a logo no longer suggests the uniqueness and vibrancy of a school district, it may be time to consider re-branding. 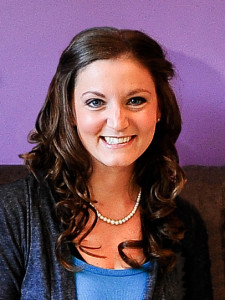 Rebranding is an important discussion that requires input and sign-off from the superintendent, the school board and the school district’s communications department, according to Delaina McCormack.

Delaina, a graphic designer, is a public relations specialist with the Alexandria City Public School District in Virginia. Her 14,500-student district is nestled between much larger school systems in Fairfax County and Washington D.C. She can see the Capitol from her sixth-floor office.

She has been a presenter at the National School Public Relations Association annual seminar and blogs to create a forum of information that can help school communicators at socialschoolpr.wordpress.com.

“Inside the Beltway, the pace of life is unbelievably fast,” Delaina said. “But you have to take your time with the district’s brand because it’s how people experience the district.”

Delaina says she learned about the need to “define process” the hard way.

In her first school public relations position, an administrator and several board members asked her to redesign the district’s logo, which they believed had drifted from time-honored to tired.

Delaina was delighted to comply. She didn’t think the neutral colors in the logo reflected the progressive energy of the district.

And it was difficult to make the logo’s monochromatic color scheme “pop” on promotional materials.

No serious objections were voiced when her best design was presented at a school board meeting, so the communications team inferred they had permission to begin using it.

But when the new logo debuted, other members of the school board ordered her back to the drawing board to remove an element, tweak a tag line and, maybe, add something else.

“There were hiccups,” Delaina said. “A re-branding can’t be done piecemeal. It leaves the impression that you don’t know who you are and aren’t worthy of trust.” 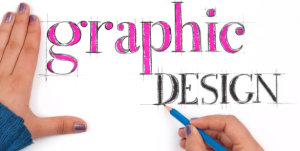 Graphic design is the methodology of visual communication using type, space and image.

Delaina doesn’t consider herself an artist, journalist or web developer. She just makes creative work look appealing so people will read it.

Graphic designers are common on school communication teams in Arizona, where she had her first job. Arizona has open enrollment and charter schools laws, and schools market to compete for students and the state dollars that follow them, Delaina said.

There is less competition for students between schools in Virginia, but districts have communications teams because most are large, serving an entire county.

“I love being embedded in the brand I’m designing for,” Delaina said. “If I were working at a PR firm, I’d be promoting things I didn’t know inside out. I am, first and foremost, a public school advocate. My work is authentic here because it’s for a brand I believe in.”

Delaina worked for high school and elementary school districts in Tempe after earning her bachelor’s degree in graphic arts at Arizona State University. She moved to Washington D.C. when she married her husband, who is pursuing a doctoral degree in economics at George Washington University.

Design – the best place to start

Delaina’s graphic arts education was rooted in hand drawing, but she quickly began growing in new directions on the job.

Facebook was still “coming into its own” when she graduated in 2005, but schools quickly recognized Facebook, Twitter, Instagram and other emerging social media platforms as ways to quickly communicate directly with students and parents.

In addition to designing printed communications, Delaina helped shape schools’ social media plans. Her skills grew to include advertising, marketing and – much to her surprise – crisis communications.

Ironically, it was a “bridge” job with an international trade organization that Delaina accepted after moving to Washington D.C. – when there were no local openings in school public relations – that taught her a skill that schools are now considering important: designing web content for hand-held devices.

In that position, Delaina coded email in the computer language html so content would display correctly in different internet browsers. (A great resource is  litmus.com, a website that lets you preview design on different email platforms, software, and services, including various mobile interfaces. The site also has a blog that offers advice and ongoing discussion on crazy coding tricks to format email so it displays correctly, even on problem platforms like Microsoft Outlook.)

This job showed her the importance of designing for the Web. Jakob Nielsen’s “Designing Web Usability” and ”Homepage Usability: 50 Websites Deconstructed” got her started and remain some of the most-used reference books in her personal library.

Now that more people are accessing web sites from mobile devices with small screens, Delaina is able to rewrite web pages so only the most essential communication is displayed. She now sends out Alexandria’s daily school newsletter fully optimized for mobile devices. 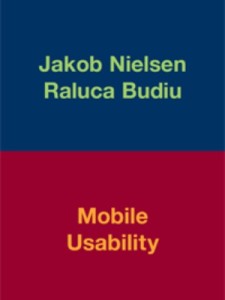 She taught herself the fundamentals of designing for the mobile web with guidance from useit.com and by reading the book “Mobile Usability” by Jakob Nielsen and Raluca Budiu.

School districts must still communicate in both traditional and new media formats to reach a community that may be as technologically diverse and they are racially diverse.

Today most adults (and a lot of K-12 students) have mobile devices, but Delaina said many still don’t use them to visit web pages for school news.

“It’s a mistake to design a web page as if it were a piece of paper,” Delaina said. “People read digital content different than a newspaper. Text has to be written to be scanned. That means short sentences, short paragraphs, and links to additional information that readers can click if they want to know more.”

Hats off to graphic artists like Delaina who strengthen school brands and are making school websites less cringe-worthy for mobile readers.

Has your school district done a re-branding? Have you designed web content for mobile devices, or at what point would you consider it? Talk to us about it in the forum.