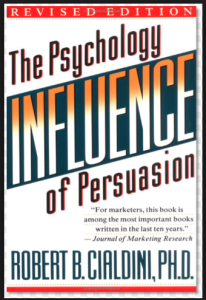 I was honest with you that I hadn’t actually read his book; only an article about him in a Harvard Business Review I had picked up recently.

But indeed, it was a long article printed in a small font (except for the six principles graphic) and it had no ads… so it was close to a book.

At least I counted it as heavy duty reading.

And I took care in defining the fine line Cialdini drew between favors performed for co-workers and favors intentionally exchanged.  (Reciprocity #1)

Later this morning, I will be express-mailing hard copies of several emails I received from readers in response to Tuesday’s Encourager. I hope to reach Dr. Cialdini at Arizona State University, where he is a psychology and marketing professor.

I’m informing him that some of you wrote me back to say, each in your own way, “Hey, Tom. Now that I’ve done YOU the favor of reading Tuesday’s Encourager, I interpret this to mean that you now owe ME a favor in return. Please see the attached draft of our district’s annual report. Kindly rewrite it and return it by next Wednesday.”

Therefore, I have asked Dr. Cialdini to make an official ruling.

I simply can’t imagine any scenario where I now owe you all a favor.

I’m highlighting every instance where I made it clear that all six principles of persuasion I listed were his, not mine.

So I’ll send in the evidence to his office and we’ll await his reasoned decision.

Until Dr. Cialdini issues his ruling, though… please don’t send me drafts of your annual reports, board committee meetings, athletic booster fundraiser appeals, or outlines of well-intentioned explanations to your community about what’s happening in the State Legislature.

I may enjoy writing, but I’m no miracle worker.

Cialdini points out that there is a fine line between being an authority and being in authority.

And sometimes it’s the leaders at the very top of pyramid who struggle with the difference.

It seems that an organization’s underlings and other low-level foot soldiers usually know who they turn to for solid answers and direction (an authority) and who gives the orders they must follow because of rank (the “in authority” person).

For those of us in the school biz, we’re fortunate that most of our top administrative leaders instinctively possess both attributes .

With the intense pressure and demands our schools are under, they wouldn’t last long otherwise.

In discussing authority, Cialdini also said something striking about how to communicate during times of “change.”

Whenever organizations are dealing with change, he said that in any “environment of uncertainty,” it is only natural for people to freeze and be fearful of what they might lose.

Based on his research, Cialdini believes that effective leaders must step up and clearly communicate out what will be lost IF people fail to move forward, whether it’s money, market share, reputation, or job security.

He downplays using positive incentives to influence the pace of organizational change; as psychology reveals that notions of loss are more powerful mobilizers of people than notions of gain.

Note that I am sending it to you today as a non-transferable message, without any promise of an exchangeable favor either expressed or implied.

You won’t catch me getting snagged in yesterday’s trap ever again! 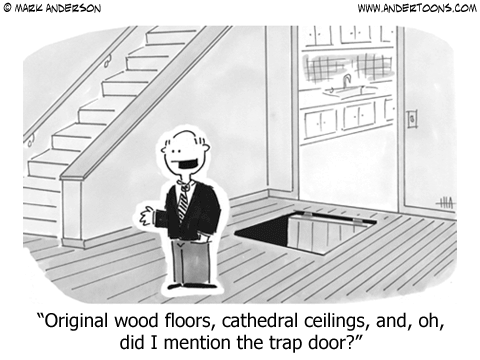