For reporters on the education beat, the reward for sitting through a year’s worth board of education meetings that contain a lot of back-patting — but not much news — is covering graduation. 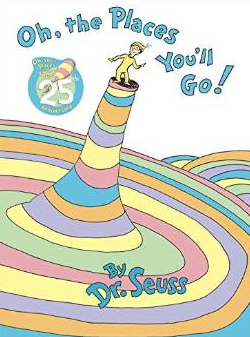 During the decades I was writing for a newspaper, I routinely covered five or six high school and college graduations each spring. One year, I heard Dr. Seuss’s “Oh, the Places You’ll Go!” read from the podium five times — including twice during the same ceremony.

I hereby declare myself an ex officio expert on commencement addresses.

Graduation speeches are secular sermons. The chosen speaker gets a golden ticket to impart timeless guidance and inspiration to voracious minds and open hearts on the precipice of the “real world.”

Hard to imagine a greater honor.

Yet — if I were appointed to coach a speaker on how to write and deliver an effective commencement address — I might struggle to disaggregate the things that add up to a home run of a speech.

That’s why I reached out to Rob.

Rob to the rescue 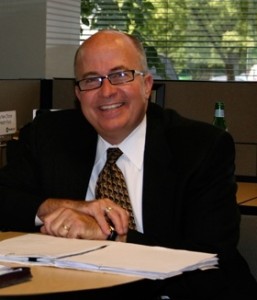 Rob Pocock is an SCN contributor who also teaches public speaking at Hope College in Holland, Mich. Graduation speeches are part of his repertoire.

He himself was selected to give the commencement address to Hope’s Class of 2010.

Rob says he prepares according to findings of a study conducted by researcher Marcus Buckingham when he worked for the Gallup Organization.

(This will be disconcerting to speakers spend hours polishing their pearls of advice to a high gloss. Fact is, how long they speak, and what they look like when they talk, will be more important to the majority of the audience than what they say.)

The “sock you between the eyes” message is:

Be brief. Pocock said he kept his graduation remarks to 17 minutes. (He said he was trying not to exceed 15 minutes. Alas, there was so much he wanted to say and that his audience needed to hear!)

“Think about it this way,” Rob said. “When you’ve heard a GREAT presentation, did you wish that speaker had gone on for 10 more minutes? Of course not. You might hope to hear them again, but audiences never wish the speaker had spoken longer. So, be brief.”

Leave the lectern. Personal appearance ranked high in Buckingham’s survey. Convention dictates that most commencement speakers wear cap and gown, but they still have some control over how they look.

Be audience centered. Buckingham called this “content.” It means knowing your audience — the graduates — and focusing your remarks to them. 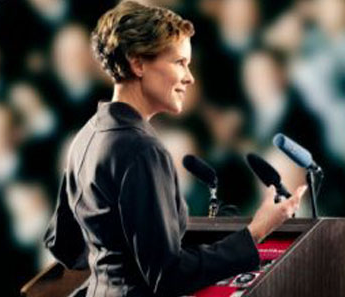 While audiences primarily judge a speaker by how they look, tone and words are also important.

Speakers need to mix it up — vary the rate of delivery, punch key words and incorporate purposeful pauses.  Silence can be the best way to make a point.

Each speech should have a clear objective that completes the sentence “By the end of my presentation, the audience will…” The objective may even be stated in the speech.

A speech is properly focused if the speaker can clearly state what it’s about in 12 words or fewer.

Organize material into concise key points that support the message. State the points in parallel structure.

Remember the power of stories engage audiences. Storytelling is an art unto itself and speakers who are good story tellers have an upper hand.

“In my book,” Rob said, “stealing is a sin. Be a good steward of your audience’s time.”

Probably because I am a writer, my favorite commencement addresses are usually by authors or English teachers.

Or, maybe writers have just got this speechwriting craft down pat.

I love an collection of graduation speeches given by author Kurt Vonnegut that’s titled “If This Isn’t Nice, What Is? Advice to the Young.”

Another favorite, “A Short Guide to a Happy Life” by author and journalist Anna Quindlen, wasn’t even delivered as planned in 2000. A group of conservative students protested her selection as speaker because of her liberal views, so Villanova University canceled commencement. But the copy of the speech, once shared, went viral.

The gold standard of all commencement addresses is probably author David Foster Wallace’s “This is Water: Some Thoughts, Delivered on a Significant Occasion, About Living a Compassionate Life,” given to the Kenyon College Class of 2005.

Wallace is a tragic literary figure, but there’s no doubt that he nailed that speech.

Quotes from many stellar commencement addresses are archived at brainpickings.org. Audio and video files are posted for many of the speeches.

Share brain pickings, and this column, to inspire and instruct graduation speakers so they’ll shine bright during their moment in the sun.

“Oh, the Places You’ll Go!” is fantastic, but they can’t all read Dr. Seuss.