When I was a television anchor about 100 years ago, part of my job was to choose the stories that would be aired each evening.  I was what noted media theorist Marshall McLuhan termed a gatekeeper; deciding which news would get through to the television audience and which news would never see the light of day.  Thinking back on it, it’s a little frightening to think that a twenty-something was wielding that kind of power.

But there it was. Me. Picking the most important news. For everyone else. Newspapers, television newscasts, and radio newscasts comprised the triumvirate of all you needed to know. No one argued. No one questioned. Everyone just read, listened, or watched to get their daily dose of all that was important…even when it was being selected by a newly minted college graduate. xxxxxxxxx

You’ve got the power now

How times have changed.  Digital media has transformed how we communicate. We are assaulted, and assault others, with a never ending barrage of messages and images. As newspapers shut down and television and radio are joined by Facebook, Twitter, Google, Bing, Ask, YouTube and other digital addictions, we’ve reinvented news gathering and news reporting.  As information consumers, we’ve become our own information gatekeepers: choosing the news we want when we want it…like this website, for example. The growth of individualistic filtering mechanisms has resulted in a nightmare of sorts for those of us who need to tell our school’s story. The irony is this: 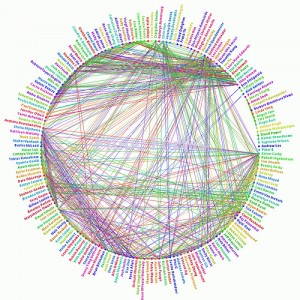 You can Facebook till the cows come home, but . . .

Unless you’re in the middle of a crisis, 80 percent of your community has little reason to “Google” your name, visit your website or set up Internet alerts to track your news. They don’t have children in your schools. You can Facebook, you can tweet, and you can YouTube till the cows come home. But unless you can break through their episodic filter, your stories lie dormant in cyber-space.

And you need that 80 percent to stay informed. They write public policy. They talk about you at dinner parties. They influence others. They vote. They don’t (yet or anymore or ever will) send children your way. They will Google “Japan tsunami” and filter through 110 million hits, but they will probably never Google your school.

So how do you break through that filter?  Sneak attacks!  Yes, sneak attacks. Low tech, low cost, didn’t see that one coming, backdoor methods for sneaking your message in front of their filtering fingers.

That’s what this blog will be about.  The ideas won’t work for everyone, everywhere. But they’re worth considering.

So let’s get started.  For the next few weeks, jot down on a piece of paper or on your iPad or smart phone, every community, business, and civic leader you have in your district. If they are in a position of authority, real or perceived, write down their name. Don’t forget the faith community, colleges, the foundations, and the chambers, community activists, state politicians, and those locally elected. If they influence others, write them down. If you don’t already have it, research their contact information. This is your new hit list. They are “uber” important in the 80 percent. You might have 20 names or 2,000; the number isn’t important. Their power to leverage opinion is.

Next time we’ll talk about what to do with that list because, like it or not, you need them to tell your story.  Jump in and share what you’re thinking on the message board.

Photos by the author u0026amp; Fortes

Karen McPhee is the superintendent of the Ottawa Area Intermediate School District, a regional education service agency in West Michigan. Before joining the ISD 28 years ago as its Communications Director, she worked in television news as a reporter, anchor, and producer. Since making the move to education, she has served as President of the Michigan Association of Intermediate School Administrators, the Michigan School Public Relations Association, and The Employers Association of Grand Rapids. Karen believes cultivating relationships and engaging in strategic messaging are key to a district’s communications success.