It’s every parent’s worst nightmare. It’s also an “Oh no. How can I help? What should I do?” time for school communicators. 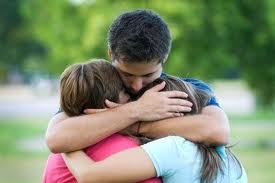 You know what I’m talking about.

Your heart goes out to those who are suffering the sudden death of a child. You know you want to do more than be on the sympathetic sidelines. Your role (your humanity) calls on you to get involved somehow, someway. Sometimes not knowing “the best thing” to do paralyzes us from doing much at all.

When a student dies tragically, a local news reporter on a tight deadline will call the school seeking comments from a principal, teacher or classmate who knew him or her. If the family is still at the hospital or funeral home, media outlets will ask to copy the student’s school picture from the latest yearbook. They may ask permission to send a crew inside school, or they may just show up unannounced. Certainly, they’ll want to know whether the school will mount a crisis response.

The manual outines what to do, not how to feel

Given the age of the victim, the family dynamics, and other circumstances surrounding every horrible event of this type, your school’s crisis response manual may not be all that helpful. You’ll need to draw from the depth of your own compassion and sense of decency. 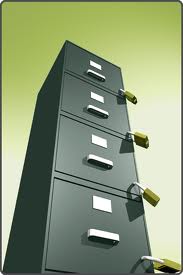 FERPA laws are intended to assure privacy of student records.

You’ll obviously have policies set out by Family Educational Rights and Privacy Act to guide you, but chances are that you’ll find yourself in a murky gray area as you field frantic media calls. You’re in a tough spot. They may be asking for details you simply cannot (or should not) share.

If you’ve been a school communicator for any time at all, you’ve probably already experienced grieving parents and family members who appreciated your support in responding to the media. But even as you were thanked after the chaos settled, you still wondered if you made much of a difference at all in the midst of a sad situation.

Are you confident that you made a difference?

You never would have wanted your assistance to unknowingly add to a family member’s heartbreak through the publication of an inaccurate quote or a school photo the parents never liked. Really, how would you ever know?

For a school communicator, it’s probably best to take on the physician’s maxim: Do no harm.

As a news reporter, I’ve spent a lot of time with parents who had just lost a child. As a parent and grandparent myself, I’m always mindful that I’m covering more than just a story. I’m writing down memories that will be carried forward forever.

I’ve often wondered how the parents – after their grief begins to lift  – looked back to the loss of their child and felt about the role the school played? This would not be an easy question to ask – let alone answer – no matter how much time had passed. But I believed asking was the only way to learn more about what school leaders should do (or could do) to better support families in the throes of a tragedy.

That’s why I arranged to meet with Dave and Cindy Siegers at their home in Holland, 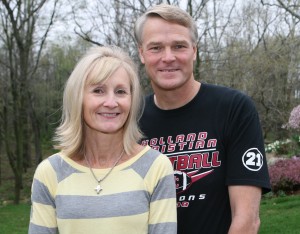 Michigan. Their son Kyle was killed the summer of 2007, before his junior year, when he pulled his car into the path of an oncoming car.

The first thing the Siegers told me was that school not being in session in mid-June multiplied the difficulty. It would have been better for Kyle’s teenage classmates – many of whom were confronting their own mortality for the first time ­– to be together to process their grief, they said.

To make matters worse, many of Kyle’s closest friends were out of the country on study or mission trips. Depending on how the word of Kyle’s fatal accident was spread (and who was spreading it), different versions of what happened percolated.

Fortunately, once the facts were sorted out, classmates, school staff, and friends were able to support each other at Kyle’s visitation and funeral in the days that immediately followed.

Back-to-School was not quite the same this year

When school got back in session in the fall, the principal at Kyle’s high school (Holland Christian High School) interviewed Dave and Kyle’s older brother Brad, at an all-school assembly when classes resumed.

Dave and Cindy also spoke during an October chapel service held during the school day. Given that Kyle’s funeral service highlighted his life, faith, friends, and contained many “peer to peer” messages, DVD copies of Kyle’s funeral were in supply at school and given to any student who wanted one. 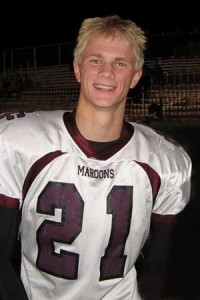 [pullquote]“The student assemblies put the weight of a second funeral on us, but we saw some good coming out of it,” Dave said. “We could remind everyone about the brevity of life.”[/pullquote]

Cindy said she was grateful school leaders gave her an opportunity to tell students directly that, despite her heartache, she still feels joy for having been Kyle’s mother. She could share her hope for the future.

Kyle was a popular student athlete and it seemed that even death wasn’t a sufficient obstacle to get him off the football team. The school maintained Kyle’s varsity locker for two years. The football team in 2009 played for its first-ever state championship in what would have been Kyle’s senior year – and rallied to win the trophy with a “Win 1 for 21,” a nod to Kyle’s uniform number.

The Siegers continued to attend school events, including graduation, where Kyle’s diploma was awarded posthumously.

“It was hard to go to things, because we were missing Kyle so, but we knew it would be worse if we didn’t go,” Cindy said. “These were the kids Kyle grew up with. They were still part of our lives. They still are. We valued people coming up and and talking to us.”

“l know some people feel awkward when they see us from a distance and wonder about whether to move toward us or away from us, like they’re worried they’d say the wrong thing or upset us,” said Dave. “But I’d like to encourage friends and school people to never hesitate in making contact. Don’t shy away. We appreciate it when someone tells us they remember Kyle.”

Regular connections with other were important to the Siegers. Visits from Kyle’s classmates and parents evoked tears; other times laughter; sometimes both within mere minutes. The Siegers said they hoped friends would accept their emotional “whiplash” as natural in the grieving process and continue visiting.

Cindy, an avid amateur photographer, had long produced slide shows for every sports team Kyle competed on for the traditional season-ending team party. 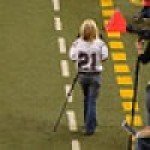 She carries on that practice, expanding it to now include all of the sports at Kyle’s school.

“It’s hard to reach out to a parent who’s just become a member of this exclusive club that nobody wants to ever join,” Dave said. “But reach out; do it, anyway. They will probably appreciate it. And if they need more space and time, they’ll let you know.”

The Siegers are open to talking with people about school communities can help families through the grieving process. Email Cindy at csiegers01@yahoo.com.

Photo of Cindy & Dave Siegers taken by J.R. Valdares. Photo of Kyle Siegers by Cindy Siegers. Other photos from Google Images or other common sources.

Got thoughts about this article? Similar situations? Resources you’ve used? Share them on our SCN Message Board.