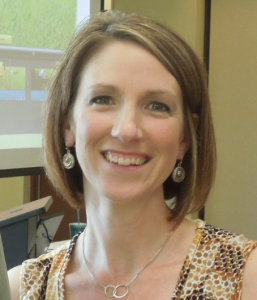 If you hadn’t created it, would you watch it?

Holly is the communications director at Otsego Public Schools in southwest Michigan. She’s also an integral part of the SCN team. Her step-by-step series of Tech Tip Tuesday tutorials provide professional, yet do-able instruction on how to shoot great video.

I could enroll in a video class at a local college, but I’d rather learn from Holly because she zooms in on what school communicators need to know.

From the small screen to K-12

Holly had a 14-year career in television before she joined Otsego Public Schools. The Lawrence, Michigan, native graduated from Northwestern University and went to work at WGEM in Quincy, Illinois. Four years later, she started an 8 ½ year hitch with WWMT in Kalamazoo. After some time home with her young daughters, Holly says she “got sucked back into TV” as executive producer of the morning show at WXMI in Grand Rapids.

She says she loved everything about that job, although the 3:30 a.m. to 11:30 a.m. workday was extreme. Something about setting her alarm for 1:30 a.m. made her ears perk up when she heard about a school public relations position in Otsego that offered a traditional work day.

“This is the type of position I was going to be looking for in three years, anyway,” Holly said, referring to her career development goals. “My husband and I discussed whether something this great also be available to me then. I couldn’t count on that. So I went for it, even though I loved the station and had only been there about seven months.”

Not that different from TV, except…

(She had to learn graphic design for laying out newsletters and posters after starting the job.)

Holly was delighted to be able to use her news reporting skills to tell the type of stories she enjoys sharing the most: Upbeat stories that show what teachers are teaching, what students are learning, and what’s enriching community life.

But she also had to coach her school community on what makes good video.

“Not every story is visual,” Holly said. “Video of people talking at a meeting is probably not going to be interesting unless you were there, or know someone who was.”

It’s the same thing with video of school projects. Only people in the video will typically look at still photos or video of completed school projects. For everybody else, you need images of the project in progress to capture interest.

Avoid drowning in the alphabet 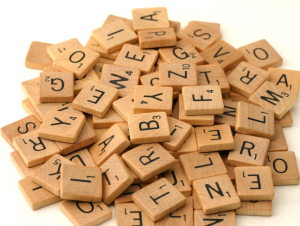 The same journalism skills that Holly honed in TV news have had her an effective K-12 storyteller, but she communicators about a fatal pitfall.

“Inside of education people all know what they’re talking about,” Holly said. “The communications director’s job is to interject, break down the jargon and explain things for a wider audience.”

Tips from Holly for video newbies:

• You don’t need deep pockets to give your video a professional look, but you do need to make an investment. (You can buy a refurbished HD video camera for $500. You’ll also need a tripod ($60 to $150) to stabilize your shot and a microphone ($40 to $100) to reduce ambient noise.

• When scouting good “characters” to feature in your video, let enthusiasm be your guide. Whatever the activity, people who jump in with both feet make the best video.

• Whether you’re creating a six-second video to be shared via Vine, a 15-second video to shared on Instagram, or a 3-minute video to upload to YouTube, it has to tell a story that has a beginning, middle and end.

• The shorter the better. Edit tight to keep the video to three minutes or less.

• Place an attention grabbing image and the most important information at the beginning. (YouTube viewer retention analytics reveal most viewers will leave before the video is half over.)

• End with something memorable. Something that makes an emotional connection will make the story remembered.

• State your preference: “Ignore me.” Kids become hams when a video camera comes out. Before you start rolling, announce that only students who concentrate on their work and ignore the filming stand a chance of being in the completed video. Holly says she hasn’t got a “Hi, Mom!” wave since she started announcing that.

Other ways to be successful 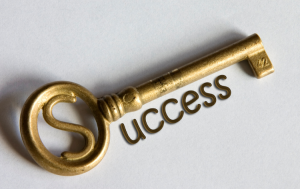 Better-than-home-quality videos have made Holly successful with Otsego Public Schools, but she simultaneously works on several levels to be an effective communicator.

She created a Key Communicators Group of 40 community members who are keenly interested in school issues and have the ears (and trust) of others. Holly does a monthly newsletter just for them with in-depth stories. She is also meets with them quarterly. This “insiders” group helps her build goodwill with the public, and provides a feedback loop for when something needs to be communicated better.

Holly also writes a News & Notes e-newsletter twice a month for staff to share what’s happening in all five of the district’s buildings. This internal communication promotes cohesiveness in the district, she said.

Don’t be shy about connecting with Holly directly to exchange ideas and discuss your projects.

Just don’t be surprised if she wants to video you somehow (just smile!) and edit out your jargon. 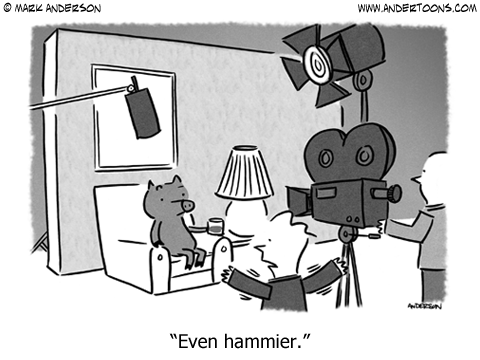