I’m serious. What’s an hour of your time worth?

Of course, I wouldn’t be serious if we were talking about what MY time is worth, so let’s keep the focus on YOU.

How would you answer this question?

And once you’ve mulled it over, how would you answer it aloud in a room full of 40-50 people?

I found it extremely challenging to do so.

And the Agents of Change 2013 conference prompted attendees to answer this question and others like it.

What amped up this particular conference for me was not so much the energy and character of its actual participants. I believe no group can match the humor, dedication, talent, and compassion embodied in the people we work with in our schools.

Our school “tribe” is a special one. You know it. I know it.

As friendly and earnest as everyone was at this conference, the ultimate value was not rooted in the people, but rather in the questions, challenges, and perspectives being wrestled with.

And this made it a unique experience for me.

Have you ever been asked at a school-related conference, “What’s an hour of your time worth?” or “Would you say that your life is in balance… that it’s where you’d like it to be?” or “If the people around you think your idea is nuts… how do you keep going?”

These kinds of conversations and reflections aren’t common in our world of education.

No one in this gathering of independent young entrepreneurs and tech-aware “mediapreneurs” could’ve been as inwardly uncomfortable as I was. Partly it was because of my age and other generational boundaries… but also at the core, I so envied how these Gen X’rs and Millenials were committed to take action in some way on the belief that “Every minute that passes is gone for good.”

One of the best podcasters on the planet is John Lee Dumas.

He was the main attraction that drew me to Portland.

Yes, I joke about loving my radio shows and sports talk programs, but one of the earlier conference speakers nailed it – people are turning to podcasts for information by the millions.

And I know so little about them.

iTunes has now delivered more than one billion podcast downloads. More than 31 million Americans download at least one podcast every month.

As Barney Fife would wave his arms and say, “This is big, Andy!”

John Lee is 32 years old and grew up in Maine. 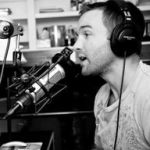 After high school, he went to Providence on ROTC. He served as a 2nd Lieutenant in the U.S. Army for six years, and in Iraq for 14 months. He’s a good and decent guy in every sense.

Upon his return he went to law school, tried his hand at commercial real estate, and worked two years in the financial markets. Although he’ll tell you he enjoyed high school – largely because he was an athlete – he’ll also admit that he struggled to find his vocation.

The corporate path isn’t for everyone, despite how hard it’s pushed.

When John Lee told his parents, family members, and friends that he was going to pursue podcasting – that this was his dream – everyone reacted like he had decided to set up a pornography studio in the basement.

A career in podcasting was incomprehensible.

Well anyway, John Lee Dumas was an Agents of Change attendee in 2012… and he was invited to speak this year about his personal one year “journey” in podcasting.

I sat in the front row.

If you’ve heard one of John Lee’s Entrepreneur on Fire interviews, you know him to be enthusiastic, sincerely engaged, and upbeat.

He was the same way in person.

But he had a dream to provide a 1/2 hour podcast every day of the year, in which successful entrepreneurs would tells their stories about their difficult times and good times, as well as offer small business tips and insights for the future.

A friend from high school, Jaime Tardy, already had a weekly podcasting show, and she agreed to help him meet some people he could ask for interviews. (Remember her for Monday. I’m going to mention her again along with Mike Stelzner in Report #6… the last report.)

“Having a passion and having an experienced mentor is where you begin,” John said.

“And expect to fail time and time again,” he pointed out. “There’s nothing sexy about persistence. But it works. You’ve got to make up your mind to keep going. Expect to fail.”

A hand was raised and John Lee was asked, “Okay. But how does this make money for you in podcasting? Passion, mentoring, and persisting sound good… but those are just clichés, really.”

“Yeah, you’re right,” John agreed. “Would you mind if I use the whiteboard over there to go over all of my expenses and income? Is this okay with everyone?”

Everyone in the crowd nodded their approval and I got an anxious stomach moment again.

You see, I was raised in a household where we all were taught that you never asked an adult their age or how much money they made. (To this day, I have no idea what my dad’s salary was at GM…) I don’t even read those annual articles in the paper where they print the salaries of the superintendents in our region.

But John Lee didn’t use the time or the whiteboard to brag, he used it to teach.

And his honesty and transparency magnified his demonstration.

I won’t outline all of the details here, but John Lee showed how he grew his podcast audience to more than 500,000 monthly downloads every month, now surpassing the Dave Ramsey Show and the Wall Street Journal podcasts in the business category on iTunes.

In each one of his 30-33 minute podcasts, John Lee sells about 3 minutes of ads (Legal Zoom, Constant Contact, etc). There is a standard rate and formula for the entire industry that determines his ad revenue.

For example, if my Tom Page “Podcast for the Ages” had 10 unique downloads this month… at 10¢ each… I would make one dollar. (I chose an unbelievably high number just to keep the math easy.)

John Lee has more than 500,000 unique downloads monthly, and along with some other special revenues enhancers – and after accounting for this and that – he now nets more than $39,000 per month.

In a future Encourager, I’ll share some more of John Lee’s presentation. What he has accomplished in one year is remarkable, and it wasn’t free of set-backs, either.

When I went up to him afterward and asked if we could talk about various ways to share entrepreneurship and podcasting with students 14-18 years old, he told me that he’d love to talk in depth about this later.

Like every other presenter I spoke to, John Lee wants to support 21st century learning initiatives in our schools. And I was touched by his willingness to discuss this with me.

At least I hope this was his motivation. If he’s looking for a 50/50 financial partner, I’m in deep trouble! 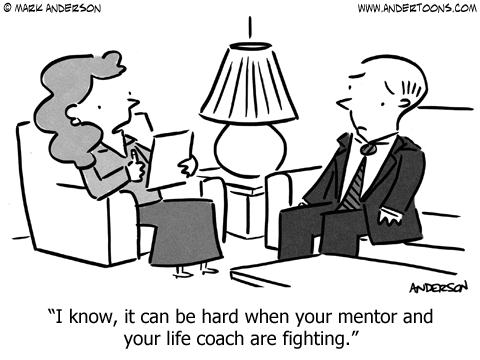