It was the best kind of surprise… while it lasted.

My mood perked up a notch upon hearing it.

“Hey, Tom. That Encourager you wrote the other day about those six second videos and that Mary Poppins remix was pretty good,” she said.

“Thanks,” I said nonchalantly, trying to give the impression that I receive compliments everyday.

But I just couldn’t leave well enough alone. I had to keep pressing.

“Well…” she said (oh, oh…), “what you emailed out was okay, and I enjoyed that short Mary Poppins clip, but did you see what was showing right next to your video on YouTube?”

“Not at all!” she exclaimed. “It was fantastic!”

Sensing my compliment fading away like the morning fog, I sought clarity.

“You’re saying that you liked my Encourager because the YouTube video link I sent along with it actually drew your attention to something else? Am I understanding this correctly?”

“That’s right,” she said. “When I was watching your video, I saw the “The Making of Mary Poppins” documentary right next to it in the run-down of recommended videos. I clicked on it and I’m so thankful that I did.”

“Well, the documentary was an amazing story,” she said. “It’s about an hour long… it’s presented in six 10-minute chapters… and what you learn about Walt Disney is absolutely incredible.”

And from there, I listened to a story about a dream that took two years to achieve, perseverance beyond the normal, and a lively visionary leader who nurtured innovation, talent, and teamwork. 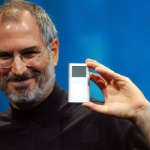 It was uncanny how much of our what we discussed could’ve been in reference to Apple’s Steve Jobs.

I had completely forgotten that so many of the dreams, adventures, and experiences in our younger years were delightfully inspired in us by the imagination of Walt Disney and his “can do” character as well as  his tremendous investment in the latest in cutting-edge technology. 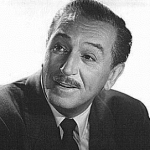 Way before Steve Jobs began leading us into the 21st Century, there was Walt Disney.

While his age fits right in with the demographics of his generation, which is largely overlooked today, that’s about it. His passion and vision for the future surpasses the best of 2013’s “early adopters.”

You almost helped me get a compliment.

And that’s a nice feeling to carry into the weekend. Hope you have a good one, too!