This school communicator shows the way. 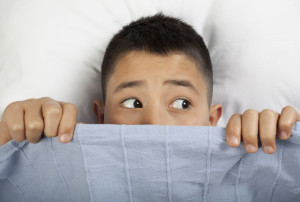 What would you do if you weren’t?

It’s a question Communications Director Kristin Magette poses to educators who ask how come her K-12 school district was an early adopter of Facebook.

What if somebody posts a negative comment?
What if a commenter defames a teacher?
What if a teacher posts something unprofessional?
What if people spread false information that cranks up the rumor mill?
What if someone posts content that violates the confidentiality of a student?
What if someone’s safety is threatened by a posting, or a response to a posting?
What if a social media site becomes the place people go to air dirty laundry?
What if … what if… what if…

Pitfalls are plentiful. One can hardly blame school superintendents and boards of education that would prefer to “sit out” the social media dance.

The trouble with that is that social media is too big to ignore, says Kristin, a journalism and mass communications major who’s in her ninth year as communications director at Eudora Schools, near Lawrence, Kansas.

Conversations about your school district, she says, are already happening on the social media platforms parents and students use every day. 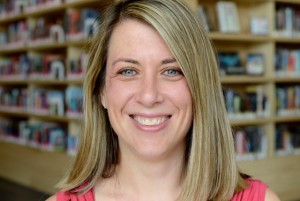 “By making the choice not to use social media, you are not exempting yourself from the discussions talking place on social media,” Kristin said of Eudora Schools. “”You are allowing those discussions to flourish unchecked and without your consistent, informed and calming voice.”

Schools that don’t have a social media presence fail to harness the power of social media to share positive messages in real time. The reach of those posts often eclipses the number of people who would read a printed newsletter or school website.

Being brave about social media 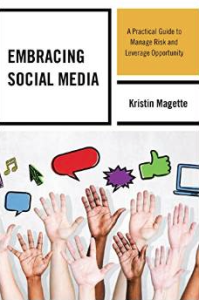 The 100-page book makes a compelling argument for why K-12 schools should be using social media to reach and teach students, parents, and community members.

Using filters to shut out social media for students and staff while at school is both ineffective and shortsighted, she contends.

What makes sense to school leaders, she says, is taking a “risk management” approach to social media.

Don, who retired a year ago, is unapologetically social media non-savvy. Kristin says he’s still not on Facebook, the first platform most people try.

Yet, he allowed her to open a district-wide Facebook page in 2010. After six months, Kristin asked permission to expand privacy settings so anyone could post to the page. It was a big ask, but Don perceived the risk as low because, as Kristin said, “The page had about three fans – my best friend, my mother, and myself.”

A year later, Don heard a social media consultant speak about businesses were using social media to connect and engage with customers, a transparency that builds loyalty.

Seeing Kristin’s grand vision for the district’s Facebook page, he called her into his office and asked for a litany of everything that could go wrong.

Don may not have known a “like” from a “share,” but Kristin said he knew enough to see that social media – like the school lunch program and bussing students –has the potential for more positives than negatives.

“If we can figure out a way to overcome the fears and mitigate the risks, we won’t have to put our heads in the sand and shut this out of our schools,” Don said. “We can leverage the opportunities for social media. This is basic risk management.” 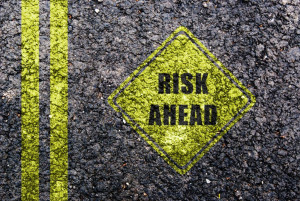 Managing risks associated with school social media accounts comes down to having intentionally crafted policies and procedures, and providing employees with professional development so they know what’s expected of them, Don said.

With coaching from social media consultant Ben Smith, Eudora began developing an internal framework that not only “handles” social media in schools, but embraces it as relevant content.

Eudora Schools main Facebook page has more than 1,900 fans. That’s no small feat in a district that enrolls only 1,700 students.

In the months since Kristin’s book was published, the Eudora Board of Education has actually updated its social media policy to include more language that encourages school-related use of social media.

It all started from adopting the mindset that the district would embrace social media, but manage the risks.

Kristin’s tips for getting started:

Eudora Schools has established a Social Media Directory of every educator or club with a school-related social media account. Administrative privileges of accounts are shared as a means of supporting timely posting, not micromanaging, Kristin said.

Eudora also recruits and trains a group of “Social Media Champions” in each of its schools to provide encouragement and direct support for social media users in the school system.

Kristin’s knowledge of best practices for social media use in schools is too vast to summarize in one article. Come back next Thursday for specific tips on using different types of social media.