Now is the time for school communicators to step up!

Sure, the Seahawks played a fantastic game last night and all, but what’s done is done.

Did you know that Super Bowl 2015 will be played in Phoenix?

This fact alone should give life to our “Lions in the Super Bowl” crusade.

It’s time to roll out a new action plan for the Lions.

And yeah, I know.

You’ve been hoodwinked by the Lions before.

And in the last two years – as the team miscalculated the character of a few of their draft picks – the Lions have also had to increase the number of bail bondsmen on call.

But nothing has worked.

So now, it’s time for school communicators to come to the rescue.

The moment for “our tribe” is here.

Only we have the social media skills and tech savvy to re-direct the Lions misfortunates.

Take a look at the chart below. 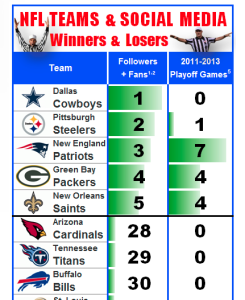 It was created by Ralph Cipolla. He is President of Michigan-based Cipolla Analytics, which is in Farmington Hills.

He is an avid Buffalo Bills fan, so his favorite Broadway song is the same as ours – The Impossible Dream.

Anyway, Ralph’s a statistician and he was tremendous at math well before any MEAP exam accorded him a measure of proficiency.

Except for one team (Dallas), Ralph’s research reveals that teams with the most fans on social media make the play-offs the most often.

Do you see what this means?

It means we must use our skills to help the Lions increase the number of their fans on social media!

So let’s get real — beginning today.

Even though I hoped you were having fun watching the Super Bowl with your family and friends last night; tell me, were you truly happy about the entire event?

Did you even care about who you were cheering for?  The Broncos?  The Seahawks?

If you were like me, you selected the Super Bowl team to root for based on nothing more than the knowledge that the cousin of your brother-in-law happens to teach 3rd grade in either Denver or Seattle.

This is no way to watch the Super Bowl, folks.

And this is why we must help the Lions get their social media fans up-up-up!

Only after we get the number of Lions followers on social media to exceed those of the other, more successful teams, may we look forward to a spectacular Super Bowl in 2015.

This grand cause is as data-driven as anything could be… so I hope you’ll participate.

And if you decide to dabble in social media more regularly on behalf of the Lions, don’t forget about the image of your school district.

Strategically building up your “fan base” in this area will boost a higher perceived public profile for your organization, too. 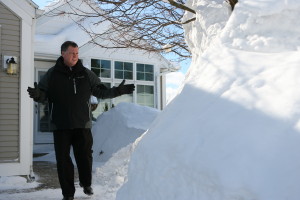 But for now, let’s just focus on helping the Lions.

I’m motivated to get them to there and I hope to tag along with them.

I’m already planning to have my daughter’s boyfriends handle the snow shoveling and walking the dog while I’m at the big game! 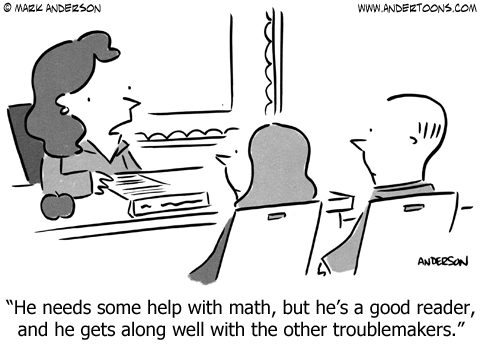