This is what I try to do wherever I go. 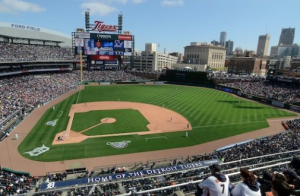 Two Sundays ago, Cindy and I went to an afternoon Tigers game with one of our daughters and her boyfriend.

I came home with a pocket full of notes about all of the exciting hype-up-the-crowd activities that are staged during the breaks in play.

I’m convinced some of them are do-able at our future school events.

Creatively scaled down from the Comerica Park versions, of course.

She mentioned this after we dropped off the kids in Grand Rapids and were headed back home to Holland.

Somehow it seems that many of our most interesting conversations over the years have taken place while riding in the car. 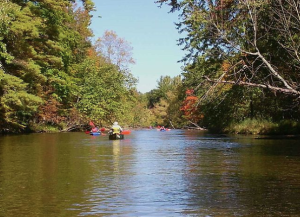 I kept this in mind as we packed our things to join friends this weekend up north to go kayaking on the Pere Marquette River.

I hoped to re-visit the discussion Cindy and I had the previous weekend.

Only this time I wouldn’t be caught off guard.

I’d have a strategy; one anchored in a pro-active, not re-active approach.

I wanted something that would cause her to change her opinion of my behavior.

So once we rolling down down the highway, I popped a CD into the player and turned up the volume a notch.

It was a copy of Joe Pulizzi’s 30 minute weekly podcast show on marketing.

Joe is the founder of the Content Marketing Institute in Cleveland, Ohio.

Cindy give me a puzzled look, but before she could object, Joe started talking about a recent trip he took with his young family to the Gettysburg Battlefield in southwestern Pennsylvania.

She got hooked as Joe described the highlights of his family’s trip.

I could tell Cindy was actually enjoying the podcast.

And then (just as I knew he would) Joe smoothly sequed into his wrap-up marketing lesson.

“I was impressed by how effectively the Gettysburg Museum could communicate its messages,” he said. “It would isolate a singular point, and then it would make the same point repeatedly, but in multi-channeled ways. The museum considered every possible audience and the respective touchpoints.”

Joe continued while Cindy glanced at me suspiciously.

“For example,” he said. “The museum wanted to teach people about the different kinds of Civil War troop formations (brigade, division, regiment, etc).  It used handouts, a large infographic on the wall, a walk-through display, an audio on head phones, and a fun video game that allowed my kids to position their own formations. Other marketers would be wise to follow suit and use multiple channels to convey their important messages, too. But this takes a ton of planning. So far too often, resources are directed to creating a good message while totally ignoring the creation of the distribution network needed to effectively share it.”

The podcast concluded and I jumped in.

“See, Cindy,” I said agreeably. “You heard Joe. Other communicators go places with their families and still try to learn things that’ll help them back on the job. This should prove I’m not a nut.”

“Oh, I don’t know about that,” she replied. “About all it proves to me is that you’re not alone.” 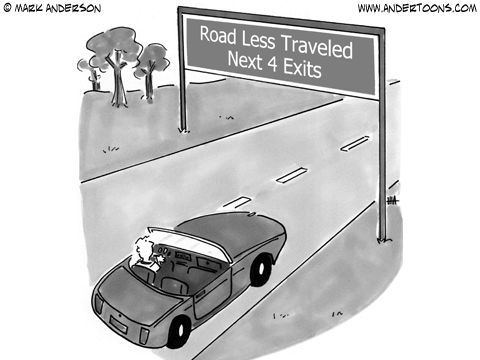