The Mystery Science Theater 3000 wannabes I live with sure make writing the Encourager difficult. 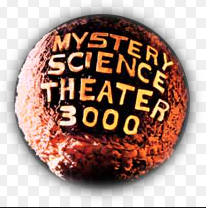 You know the show.

It’s the one with a cult-like following (still) and a witty cast of goofy characters adept at ridiculing “B List” movies via non-stop snide remarks and spot-on, speedy-kwik quips.

I’ll confess – I love watching DVDs of this show.

But I’m loving it a lot less now that Cindy and the girls are becoming more comfortable in casually waltzing by me when I’m frantically pounding out an Encourager.

Somehow they’ve expanded their own “B List” observations to include my writing.

Just the other night… just mere seconds after I wrote my headline about “Hypnotic Writing”… Cindy offered a few words of praise as she glided past me on her way to the dining room.

I was suspicious immediately.

“Hey, that’s a good idea,” she said. “It makes sense to cover something you do well. I think you’re a good hypocritical writer.” 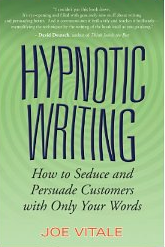 “Nice one,” I replied. “But I’m finding Joe Vitale’s book on “Hypnotic Writing” inspirational. Care to hear why?”

Since I couldn’t see or hear her now, I interpreted the silence as a resounding “yes.”

So I raised my voice and rattled away about how Vitale traced the origins of hypnotic writing all the way back to Aristotle and the four presentation pillars he perfected 2500 years ago.

Aristotle typically began his oratory with an EXORDIUM, a statement to grab attention.

He would then weave in the NARRATIO, a clearly stated difficulty or problem that should be addressed.

Next would come the CONFIRMATION, a possible solution of some kind.

And finally, Aristotle would pose the PERORATIO, a call to action. (Even if it was only to shout “Think! You knuckleheads!”)

“So, whatcha’ think, Cindy?” I yelled. “Vitale says that writers today would be fantastic if they did nothing more than follow Aristotle’s model.”

“Huh? What did you say?” she quizzed, while walking toward me. “You knew I was in the other room. I could barely hear you. What you said all sounded like Greek to me.” 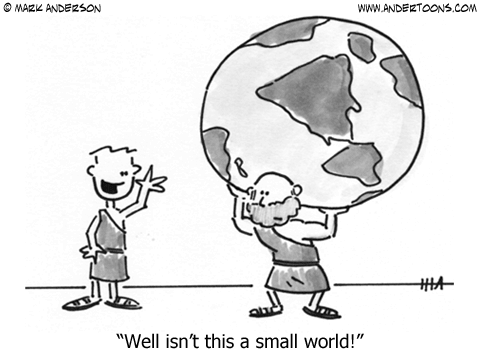 Posted in The Encourager and tagged Copywriting