Sometimes I’m not so sure. 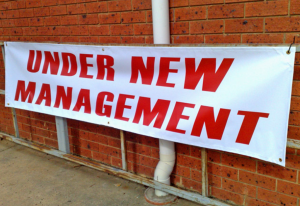 Usually something else was the problem.

The location.
The menu.
The parking.
The product.
The employees.

But since it’s “the management” who ‘s at the top, I guess rolling an “out with the old and in with the new” strategy can’t hurt.

And this actually worked great for Intel awhile back… in a way.

Most of us know Intel today as the multi-billion dollar producer of the micro-processing chips found in many of our computers. 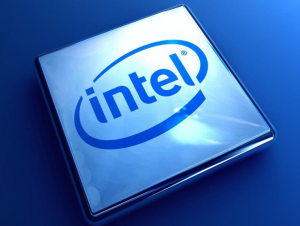 It was founded less than 50 years ago, and to say the company’s two founders had to persevere through considerable peaks and valleys would be an understatement.

And because I’m lazy, I’m just going to leave it at this.

That’s the value of an understatement, you know.

They make life easy for writers.

Besides, there’s no guarantee that even if I tried to write an “overstatement” about Intel’s ups and downs, it would be an improvement.

But on one morning long ago, the two founders were preparing for an afternoon meeting with Intel’s Board of Directors and primary investors.

They were feeling the heat.

Things weren’t going well at all, and about all the founders knew for certain was that they were finding out what life was like at “rock bottom.”

They were also certain the Board of Directors was going to give them the boot right after lunch. 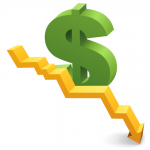 With three hours to go before the meeting with the Board, the two founders decided to simply get outside and go for a walk, to talk things over, and to steel their nerves for the inevitable bad news.

As they walked, they chatted about how their dismissal would be handled, what a legal mess it would be, and what future actions their replacements would probably make.

Eventually they started tossing out their “best guesses” about the possible strategies and tactics their replacements would initiate, short-term and long-term.

As you can imagine, this didn’t help their moods any. 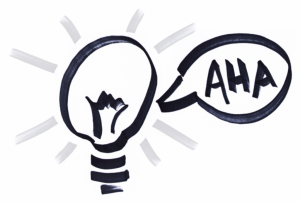 But then … the legendary A-HA MOMENT arrived!

For the two founders decided to present to the Board a basic outline of their new plans for the company, the very plans they dreamed up while speculating what their replacements would likely do.

And (in another understatement) I’m happy to report that the Board of Directors and the investors overwhelming approved the new direction for the Intel, and the two founders remained at the helm and helped stabilize Intel’s financial footing.

There’s a good lesson in this story, don’tcha think?

This approach caught me off guard.

I had never thought about the power of pondering, brainstorming, and creatively analyzing WHAT SOMEONE ELSE would do to improve a project or situation if they stepped into my place.

I’m pretty sure Cindy has wondered about this every now and then, though.

And that’s the biggest understatement yet. 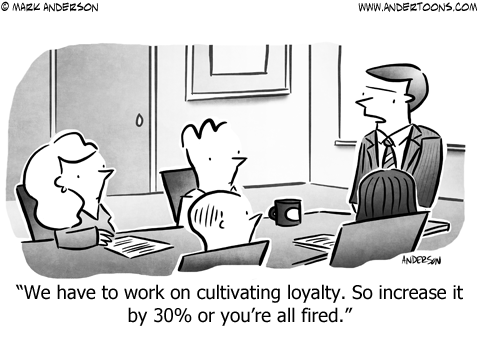