Wow! What a week!

As some of you know, I’ve managed or coordinated more than 125 election campaigns during the last 30 years. 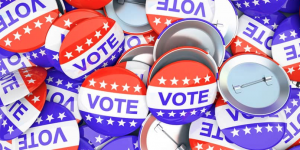 This gives me a goofy perspective.

It shoves me into that tiny group of knuckleheads who actually has a high level of respect for everyone who steps up and risks putting their name on the ballot.

It’s a brave thing to do – to go out there and ask, ask, and ask for support just to give “we the people” a choice on election day.

So I’m grateful for candidates from every party who (along with their families) are willing to take all of the guff that comes their way, blind praise and unfair criticism alike.

Unfortunately, even non-partisan public servants (like our school board trustees) aren’t immune from being the occasional objects of some poor soul’s scorn – so I’m grateful for them, too.

One aspect of the election process I appreciate is that the votes are counted up once the polls close and life goes on.

Or least, in theory…

I like how just a few votes swinging one way or the other can affirm a direction or change it entirely.

A choice is offered and the voters decide.

Because our best political leaders understand this rare dynamic,

they understand that “building consensus” really doesn’t play much of a role in their success at all.

They know there are typically 30-49% of their constituents who are totally opposed to everything they want to achieve. 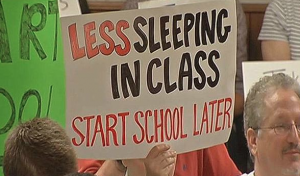 A new batch of winning political leaders were elected – and if they have any gumption at all – they aren’t about to let the critics slow them down.

They know
(as we should)
that whatever the issue, cause, or initiative:

This is exactly what our best political leaders do.

They avoid needless fretting and inadvertently “over-empowering” their critics and complainers.

And you know, we might want to consider doing the same.

(Of course, it’d be helpful for me personally if I didn’t have so many critics and complainers to contend with, though – and if they all didn’t congregate together in my own house over the holidays!)

But oh well,
I’ll still join you in enjoying a political-ad-free weekend!

Posted in Election Campaigns, The Encourager and tagged election campaigns