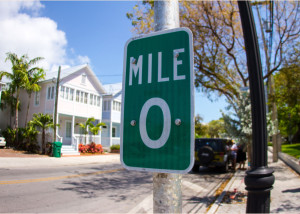 Is it weird to talk about schools while on vacation?

I had joined my sister and her family for their spring break vacation in Key West when I started this blog post about avenues for school-to-home communication.

Writing poolside, with a view of the turquoise Atlantic Ocean, the idyllic example of school-to-home communication I was remembering was this:

One afternoon, while working from home, I intercepted a call on the house phone from my son’s social studies teacher. Justin, then in eighth-grade, had just arrived home from school. The teacher, at school grading tests, called to tell him he’d “hit it out of the park” on the essay question.

“His writing on Reconstruction was well reasoned from primary and secondary sources,” she told me. “It showed the complexity of the situation and contained insights I that I had never considered.”

I passed the phone to Justin. High praise should be heard directly.

“It’s a banner day,” I said as Justin hung up the phone. “Do you have any idea how rare it is for a teacher to call a student’s home to say something good?”

“She’s called me two other times,” he said. (It was the first I’d heard of it.) “Everybody in the class gets calls sometimes. I think we’re so good she gets excited. She can’t hold it until can’t we see her again.”

I marveled. In the crush of grading tests from her 125 eighth-graders, this teacher had made time to personally acknowledge one thoughtful answer from my little genius – and probably countless others.

Meanwhile, back at the pool…

She rolled her eyes when I said I was writing an article about school-to-home communication.

“I cringe whenever something from school shows up in my email,” Janna sighed. “It’s always ‘read this newsletter,’ ‘participate in this school activity,’ ‘help with this PTA fundraiser.’ The truth is, I’m busy with business. I’m just not interested in school stuff.” 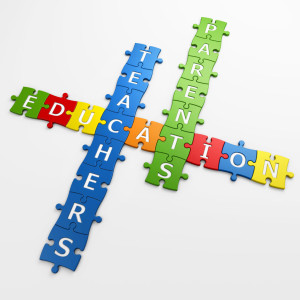 My sister runs three successful businesses. She says she can’t justify spending her time reading all of the communication her son’s middle school sends, helping with school events, or organizing school fundraisers.

Free time has to be scheduled in advance. She prefers to spend her’s decompressing in the tropics, where her son can indulge his passion for scuba diving.

Janna suspects some teachers and parents equate her lack of involvement at school as poor support to her son, but she stands ready to correct that misperception. She and her husband travel with their son almost every weekend to support Keegan as he competes in motocross.

“Have you ever received a call from school that wasn’t about lining up free labor or selling something?” I asked. “Anything from a teacher specific to Keegan?”

Sighing deeply she said yes. One of his teachers had called to report that she thought he had the ability to be achieving better grades in her class.

This call was received in the throes of evaluating estimates for a suddenly essential, costly roof repair on a retail property. My sister was incredulous that the teacher would phone instead of text or email. Phone calls are so intrusive, she said. Keegan wasn’t even failing her class, or at risk of failing.

What happened? I asked.

“She emailed an apology,” Janna said. “She said she never intended to add to my stress.”

I suspect my sister already knew that.

In these two examples – both within the same family – we see the yin and yang of school-to-home communications.

In one instance, a phone call from the teacher is a warm fuzzy, even when the memory is recalled years later.

In the other, a phone call is castigated to a degree that a well-meaning teacher is moved to apologize.

One could argue that the purpose of the calls – one positive, one negative – accounts for the difference in reactions.

Timing of the call is also critical. As a parent, every teacher call I got was received mid-afternoon. That’s conveniently at the end of a teacher’s work day, but was smack dab in the busiest part of my work day.

Like my sister, I’ve experienced my-brain-is-full moments when I could not gracefully handle one more thing, even if it was about my favorite thing — my family.

Awakened to new layers in the labyrinth of school-home communications, I put my article aside until I could learn what means of communication teachers consider most effective. 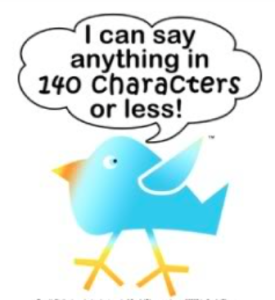 Since it’s still spring break, the easiest way to connect with a gaggle of teachers was to attend the March 23 edition of the weekly Twitter conversation around the #edtechchat hashtag. Chat topic that night was school-home communication.

“Good, timely communication with parents helps everyone stay on the same page to ensure student learning,” one teacher wrote.

“Honest, open communication solves a lot of issues at school before they become problems,” wrote another.

“Communicating with your community (not just parents) is important because if you don’t tell your story, someone else will,” was another response.

The number of platforms teachers are using to communicate with parents astounded me.

One teacher live-streams video from his classroom that parents can watch over the Internet. I heard about classroom wikis, teacher blogs, student-written blogs, email blasts and personal messages, tweets, Facebook and Edmodo status updates and group discussions, podcasts, Instagrams, phone calls and the list goes on.

The ability to electronically send targeted messages directly to parents appears to be a godsend, especially for music, art and physical education teachers, who have too many students and parents to phone or email. One school librarian said she now sends parents targeted text messages about overdue library books, which has reduced the number of lost books.

What I didn’t hear referenced much was communication printed on paper and curried home in a student’s backpack. I imagine this is still the best way to communicate to some parents, but I suspect that number dwindles each year.

Here are teachers’ most interesting observations:

There seemed to be one school-to-home communications tool that drew the most praise.

And that’s where I’ll pick up in part two next week!

Be ready to weigh in on the SCN Forum with your suggestions, too.