Using the word “we” hurts messages intended to persuade or sell.

At least this is what speech coach Dr. Michelle Mazur believes – and her reasons are fairly compelling. If you missed them yesterday, here they are.

Although on Wednesday I was gung-ho about Dr. Mazur’s “don’t-use-we” position, I confess that I’m less so now. And it has nothing to do with her rationale – or that she says the word “we” is considered by some to be patronizing. It mainly has a lot to do with the shallowness of my own thinking. (If there was a limbo-like “squeeze-that-narrow-thought-under-this-bar” contest, I’d win the grand prize – even at my weight.)

I forgot something important. I forgot that not everything we write is designed to sell, market or persuade. Sometimes we write for other purposes. And unfortunately, it took a funeral service on Thursday afternoon to remind me of this.

The eldest son of the deceased stood before the microphone in the chapel to reflect upon the life of his dad, who had died on Monday at age 79. He spoke about his dad’s decision in 1989 to enter rehab and quit alcohol and smoking. His dad successfully quit both for good, but also had to accept the reality there were many fences to mend. While battling the direct toll of longtime alcoholism on his health would be difficult, his dad would also have to address the emotional pain and anger he inflicted on family members during his years of drinking. No small task.

“We – our family – thank you for coming to this service. We – the children and grandchildren – would like to tell you about the dad and grandpa we’ve known for the last 24 years. We – those old enough to witness dad’s incredible transformation – now wouldn’t have it any other way. We worked through many regrets and hurts over the years. But we became closer and stronger year by year. We were blessed with a tremendous dad and grandpa. In the past 24 years, he never failed to be there for us. He was the best. We’re eager to celebrate his life today. We’re happy to all be here together in this place.”

Pretty moving, don’t you think? I thought so, too. Perhaps we shouldn’t retire the word “we ” just yet – especially if we’re writing a message intended to inspire, appreciate, welcome, or unify.

But there was a brief rough moment during the funeral, though. My wife wasn’t all that happy to see me scribbling down some notes. I told her it was important. She didn’t care and made me promise that I wouldn’t bug you again until after spring break. (She’s on your side – the traitor! Plus I think she’s worried I’ll bring a pen and little spiral notebook to church on Easter Sunday.)

The next Encourager will come your way on Monday morning, April 8. Promise. 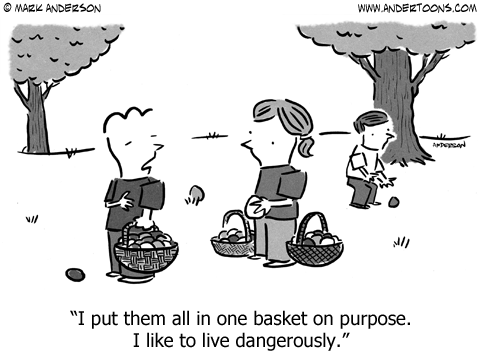