Orchestrating a big event on a tight deadline is a recipe for nightmares — if you have time to sleep at all. 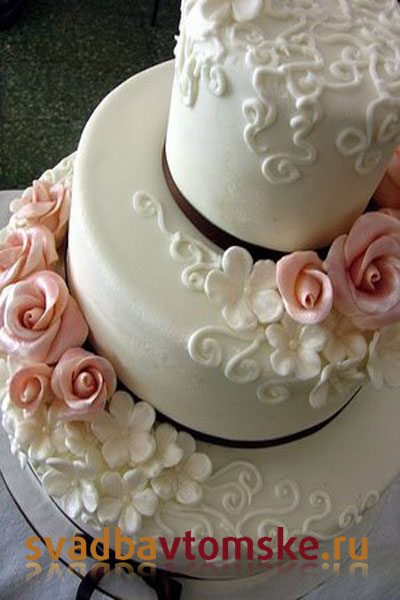 Yet one of my proudest “gotta move that mountain” moments came when it fell to me to plan a wedding ceremony and reception with just seven days notice and everything turned out lovely.

Even with the full cooperation of all involved — who brought a marvelous blend of creativity and skills — I discovered that it’s no small undertaking to anticipate, schedule and execute the 101 details in sequence that will create an event that’s welcoming, honoring and memorable.

What the superintendent didn’t tell you.

Event planning isn’t likely to be on your official job description. Probably this responsibility falls into the deep and wide “other duties as assigned” category. But here are few key principles to help you shine on the job, without totally depending on the good will of others.

Running large events, like the Division III Girls “Final Four,” is a tremendous amount of work, but Folkert says you make it manageable by doing as much as possible before the four squads and their fans arrive on campus.

“I worked 90 hours the week of the championship,” Folkert said. “And if I hadn’t had an active committee in charge of very specific areas, it would have been 180 hours. Don’t dream of running a large event as a one-person show. You’ll get decked, flattened.”

* Establish a planning committee early on – ideally nine months before the event.  (Anticipate)

* Appoint people from the committee to oversee specific areas and make sure they understand the vision for the event. (Build in accountability.)

* Write a participation manual that spells out everything you can imagine, but realize you’ll still have to be comfortable and confident making decisions on the fly. (Commit to paper. Trust.)

* Volunteers are the life’s blood of any large event so treat them like gold so they’ll volunteer again, if their schedule permits. (Enjoy each other. Have fun.)

* Develop a plan to promote the event. (Be confident. Take pride. Keep improving.) 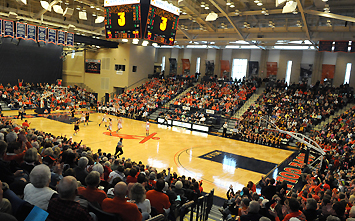 Hope College’s DeVos Fieldhouse is one of the newest and finest facilities for NCAA Division III tournaments.

in a field house,” Folkert noted.

A national championship tournament is webbed with several auxiliary events, per strict NCAA guidelines. There’s community service programming for student-athletes, social programming two nights before the championship, a banquet with keynote address the night before, involvement with Special Olympics and booking half-time entertainment.

The planning committee was made up of 20 volunteers from the community plus 65 Hope College staffers, who weren’t promised additional compensation.

So, why would people sign up to help — especially when there is no direct payoff for a host school whose own team is not playing? 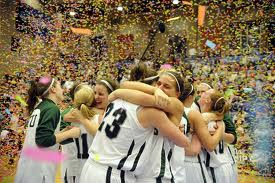 There’s not much in the way of dollars and cents, Folkert acknowledged.

“Monetary gain might be minimal, but extending the reputation of your institution is maximal,” Folkert said. “You do that by focusing on creating a welcoming, hospitable environment that’s worthy of a national championship.”

Folkert’s volunteer teams knew they were at the center of creating a good impression for their out-of-town guests. The volunteers made the athletes and coaches feel at home by customizing locker rooms in team colors, putting up nameplates for the players, and having plenty of bottled water, fresh fruit and granola bars on hand.

Volunteers accompanied the four teams to respective community service projects –- reading to students of local elementary teachers who indicated they’d like athletes to visit. The teachers, themselves, chose the books, which Hope College purchased as classroom gifts.

Spell it out in a manual.

A 60-page participation manual ensured that all would run smoothly, even when high winds and thunderstorms hit without much warning. It could’ve been panic time. Where should teams and fans evacuate if a tornado watch was called? Folkert was relieved that she had spelled it out in the manual. She was still asked the same question 50 times, but it could have been 500 times without the manual to reference.

But it’s impossible to have a game plan for everything. When a 6-foot-5 player went down during a game with an injury, the 5-foot-6 trainers didn’t have sufficient height to physically help her off the court. Fortunately, this what-to-do moment was short-lived as tall people came down from the bleachers to lend a hand.

To help their visitors remember Holland, the college gave every athlete and coach 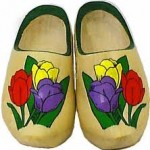 One downside about planning large-scale events is that – when you hit on entertainment that everybody loves – you can’t repeat it because the hometown fans deserve something fresh, Folkert said. The Evolution of Dance by Judson Laipply

That’s why Ridl and live entertainment by “Evolution of Dance” comedian Judson Laipply and Zooperstars probably won’t be invited back when Hope hosts the volleyball national championships.

“They were great,” said Folkert. “But you have to keep trying to bring in some fresh elements.”

Photos for this story were taken by Svadba Vtomske, Hope College and the National Collegiate Athletic Association.

What have you done to make a special event extra special? How do you make sure all the work gets done in time. Tell us on the Message Board.