In today’s – and in the next few Encouragers – I’m going to try the impossible and actually string together several coherent thoughts and sentences.

As many of you know, our arrival to Portland got off to a rocky start (befitting the coast of Maine shoreline and the full reason why is given here), so it’s been an uphill climb for me since Day One.

So much to learn. So much to process. So little available on my credit card.

Totally trapped in “the overwhelm.” That’s me.

To sort this all out for you, here’s the format I’m going to rely on, but not in any particular order: (1) a personal Maine story, (2) an introduction to one of the an “Agents of Change” speakers, (3) one of their relevant tips for us… and oh yeah, (4) a direct “loop back” to our work in our schools.

Will I probably screw up and not follow my own format?  Of course.

But the “Agents of Change” Conference was very big on “embracing failure”… so I’ve got the right mindset to give this a go.

The First Night in Maine

After checking into the hotel, Cindy and I were eager to eat a lobster roll and some crab cakes. This probably wasn’t what we really wanted to eat, but we wanted to be able to talk about the experience back home, so off to the Portland Lobster Company we went.

Upon entering the restaurant we found ourselves in the midst of a mini-media frenzy, caught within reach of several TV camera operators along with two overhead boom microphones over our heads. 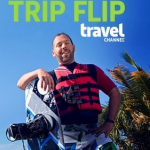 Portland is populated by edgy and with-it people.

No doubt this is why Cindy and I stood out in contrast.

We were standing alongside an attractive young couple in their late 20s and Bert started peppering all of us with questions.

“Where did you first meet?”
Us: In Holland, Michigan.
Them: We met while skiing in Utah.

“OK ladies, where did your guy propose to you?”
Cindy: I think we went to a movie, then we went to Pizza Hut.
Young woman: We were visiting Manhattan and staying at the Waldorf. We were on a late night carriage ride through Central Park and he gave me this fantastic ring.”

“Tell me about your the last vacation you were on before coming here.”
Me: In July, Cindy and I drove with her parents to the Billy Graham Library in North Carolina. I believe we stopped at Cracker Barrel three times.
The carriage & big ring guy: In June, we went on a second anniversary trip to a trapeze school in Florida for a week. Learning circus tricks was a blast.

“Have you ever gone scuba-diving, bungee jumping, or been underwater in a shark tank?”
Me: Hmm. Good question, Bert. I can’t recall. We might have.
The carriage & big ring guy: Several times. Oh wait. We’ve only done the shark tank thing once, though. Sorry.

As our drink order arrived, Cindy watched the young couple walk away with Bert and one of his clip-board carrying producers. She then turned to me.

“Do you think we lead boring lives?” she asked.

I played it safe and didn’t answer. I thought my hotel reservation screw-up just 90 minutes earlier delivered a ton of suspense, but I didn’t want to push it.

As a school communicator, I’ve been to many conferences and workshops.

I’ve never been to one where the opening speaker at 8:30 a.m. was a sword-swallowing, hypnotist and mentalist. 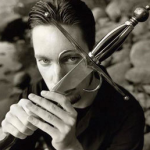 He said, “During my presentation, I will use applied psychology, manipulation, and mis-disdirection.”

I thought to myself, “Yep. I’m definitely in the right place.”

For the next 35 minutes, Russell performed a mind-blowing series of mental stunts with audience members – with his 26″ swallowing-of-the-sword act taking up about the last minute and a half.

His main point impressed me.

Russell interwove his stunts with various challenges to us to understand the difference between “wowing” your audience and “moving” them.

Beyond establishing intellectual or physical connections, communicators need to tap into what “moves” their intended audience emotionally.

Facts, rationales, arguments, and bullet points are all okay according to Russell… but not very remarkable or moving.

Go for the remarkable and moving.

A Principal’s White Lie Made the Difference

Later during a break, I introduced myself to Roderick and I asked him about his high school days, something I was hoping to ask every main speaker.

Roderick is about 30 years old, has performed all around the world, and while very friendly, seemed surprised by my question.

“Well, my home life was a disaster and I left home at 14,” he said. “I knew that I needed to go to college and Boston College was right near where I had a room, so I thought I’d try.”

“Without any transcriptl?” I asked.

“Yeah, I think the admissions officer appreciated my story, and turned the situation over to the Dean,” he said.

“The Dean called me on the phone and told me to stay on the line while he set up a conference call with the principal of my high school (…the high school I never really even went to for one day…).

“My heart was pounding. What could this principal possibly say? He didn’t know me at all.

“I listened as the Dean explained the situation to the principal, that I was on my own and without official transcripts, yet Boston College had to have something from my high school for their admissions file if I hoped to get it. And I couldn’t believe what the principal said.

“The principal spoke directly to me while the Dean listened in ‘Hey, Roderick, it’s good to hear your voice. We’ve all been wondering about you. You were always something special and I’m glad to see that you’re moving on to the big time. You always were one of our school’s brightest kids!’

Roderick Russell told me that he hadn’t shared this story in years and he thanked me for asking.

“I know the principal was lying,” he said. “But he stood up for me when I thought I was finished. That moment on the phone with the Dean changed my life.”

Report #2 will come your way tomorrow. 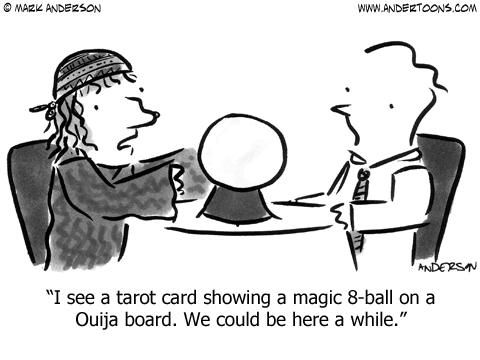