Even if you aren’t happy about the outcome of the NCAA men’s championship basketball game, you’ve got to admire what it takes of have a championship season. So much goes into the effort; preparation, practice, talent, teamwork, experience, luck, and real-life turning points to name a few. (But, to be honest, a “few” is all I can name, given that my personal experience with championships is… well, rather limited.)

The morning after his team’s hard-fought victory over Michigan Monday night in Atlanta, Coach Pitino was asked during a sports-talk radio show what made the great success of this particular Louisville team possible.

I expected to hear an answer from the coach involving strategy. Instead I heard an amazing story having more to do about relationships and the power of a single message than basketball.

Coach Pitino said that the young men on his 2013 National Championship Team were a uniquely close bunch. They were all friends and they cared for each other, and this was something he couldn’t always say about some of his teams.

So when one his players, sophomore guard Kevin Ware, broke his leg on the court in horrific fashion during last weekend’s “Elite Eight” game against Duke, Coach Pitino said all of his players and coaches were understandably traumatized. In a blink, everyone’s focus shifted to Kevin’s   welfare rather than defeating Duke.

“Every player, along with the national TV audience, could see Kevin’s leg bone pushed through the skin,” Pitino said. “It was as shocking an event on a basketball court as you’ll ever see.”

During the lengthy injury timeout, Kevin was treated by medical personnel on the court while his teammates gathered around him. According to Pitino, Kevin told those huddling around him three different times to get back to “thinking basketball and beating Duke” and that he’d be fine.

As Kevin was carted off to the hospital, Coach Pitino could see in the eyes of his players that they weren’t quite so sure of themselves now. Kevin was a brave example, selfless to be sure, and despite their teammate’s plea to “beat Duke,” Coach Pitino sensed his team was deflated. The spirit and intensity of the Louisville Cardinals had taken a major blow. Although far from over, the “big game” no longer seemed so important.

Just before the game resumed, Coach Pitino pulled his team together one last time. This is what he said to the team (and FYI, he gave full credit on the radio to the love his players have for Kevin, and not to himself):

“Guys – we’ve got to beat Duke today. If we win, we’ll play next week in the Final Four in Atlanta. Kevin is from Atlanta. Let’s get him home. Got it? Let’s get Kevin home.”

No fake. This is the story Coach Pitino told when asked about his team’s championship. They won because everyone desperately wanted to “get Kevin home.”

Coach Pitino’s grade as a basketball tactician has to be an “A.” His grade as a motivator and communicator has to be “A+.” (A++ maybe?)

Jean Valjean in Broadway’s Les Misérables couldn’t have sung it any better. (If you’ve seen this musical on broadway or in a movie theater recently, you know what I mean.) 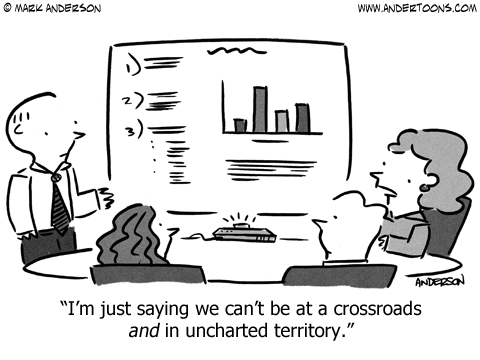