Rock heads rock!  Just wish I was one.

This isn’t about Metallica and AC/DC. This Encourager is about “Priorities” – and no, this isn’t the name of another heavy metal group, either. (at least I don’t think it is…)

This is about our “Priorities” and how we establish and manage them.

Nearly everyday, with our own priorities as a guide, we try to schedule our work, play, and all of the time in-between. Sometimes we are fitting models for “organization nation.” But more than likely, we’re the poster children for time management casino-style – “just dealing with whatever comes our way.”

Perhaps you’ve heard or read about this experiment conducted years ago by the late Stephen Covey before a group of his students.

Standing behind a table with a big clear glass vase on top, Covey began placing a number of big rocks into the vase until they rose above above the top edge.

“Is this vase full?” he asked the students.

Everyone agreed that the vase was full.

Covey then picked up a container filled with little pebbles and began pouring them into the vase until they cascaded over the top.

Everyone agreed again that the vase was full now.

From another container, Covey began adding sand into the vase, even shaking the vase a bit so that the sand could squeeze in-between the big rocks and the pebbles.

“Is the vase full now?” he repeated.

Everyone agreed that the vase was still full… only this time they were hedging their bets.

Covey then picked up a pitcher of water and poured water into the vase until it could hold no more.

“Now that our vase is obviously full, what did we learn?” he asked.

Nearly every student responded a similar message; that the vase (which started out empty) represents our busy schedules, and that all of us keep trying to jam more and more into our personal schedules until we get overwhelmed. This is our human nature.

Covey accepted this answer, but then asked the students to repeat the experiment in their minds, only this time to add the ingredients in reverse order. Water – sand – pebbles – big rocks.  (I listed the four ingredients for my sake, not yours… your memory has to be better than mine.)

The students quickly caught onto the primary lesson.

When you start with a vase full of water, then add sand, and then throw in some pebbles – you don’t have room left over for any of the big rocks.

“And the big rocks represent our top, most precious priorities,” said Covey. “We shouldn’t let the water, sand, and pebbles push our ‘big rocks’ to the sidelines where they won’t receive our proper attention.”

I’d now consider it a compliment to be called a “rock head.” It would mean that my top priorities actually comprise the bulk of my schedule and time. (Plus, I wouldn’t have to use the ol’ “sticks and stones” retort anymore, either.)

I wouldn’t even mind being called a “pebble brain.” That would be a step up, too. 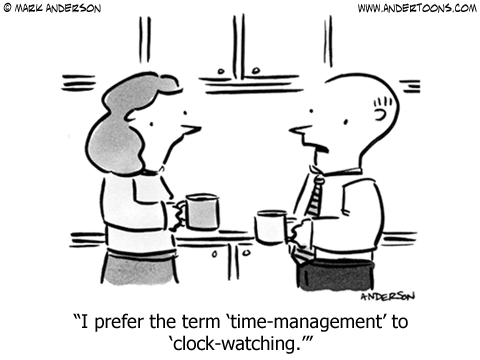