And then you must begin to tip-toe through an emotionally charged PR “minefield.” 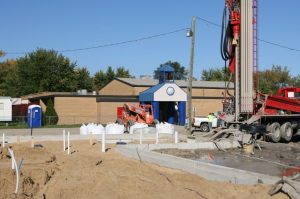 There’s no doubt about it.

In the life of every school leader and communicator some of the worst days on the job involve the slow build-up to a permanent school closure – and then the immediate let-down that follows.

Hopefully, you’ll be able to fall to your knees in prayers of thanksgiving later if you skirted your way through the minefield without something blowing up.

School closures are rife with conflict because school employees will criticize the decision, community leaders will make late-to-the-table pitches to explore alternatives, and neighborhoods will mourn the loss of a school as a breakdown in social infrastructure.

And there’s usually an outcry from alumni. Even if they haven’t driven by the school in decades, some will feel like their history is being wiped out if the building is closed, repurposed or demolished.

People will rail against the decision-making process – and who can blame them? Seldom is there policy or protocol for making the decision. School boards don’t have to include students, parents, community leaders, neighbors or alumni in deliberations.

Boards may hold stakeholder meetings before closing the school, but it usually feels like one-way communication to those who show up. Rarely is it open engagement over public policy.

With the deck stacked against conflict-free public relations, what steps can school communicators take to keep news of a permanent school from becoming explosive? 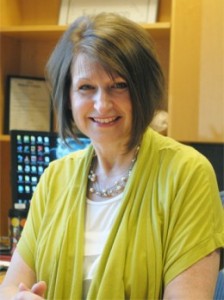 Looking for insights, I contacted Karen McPhee, superintendent of the Ottawa Area Intermediate School District, whose board this year closed Wavecrest Career Academy, a charter high school it authorized in Holland, Mich.

In March, McPhee announced the eight-year-old Wavecrest would close and all its staff would be laid off. Teachers worked with students and parents last spring to transition into other schools this fall. Wavecrest held its last graduation in June. Furnishings of the school were sold in an on-line auction last summer. Holland Public Schools, which leased the school to Wavecrest, sold the property to a senior citizens community, which plans to demolish the building this fall.

Reality is that not every school will operate in perpetuity. But one doesn’t have to be a school employee to feel something deeply unsettling about a wrecking ball knocking a school into oblivion.

As a longtime reporter on the education beat in West Michigan — where declining population and aging infrastructure have combined for many school closures — I know superintendents who have more experience at closing schools than McPhee.

But I tapped her because she is particularly thoughtful and intentional about how to do this very difficult thing with minimal confusion and bitter feelings.

Superintendents in the Holland area originally wanted a centralized program for disenfranchised teens that had dropped out of high school, or were on the verge of dropping out, because of academic and behavioral problems. Subsequent leadership changes altered that preference, McPhee said. 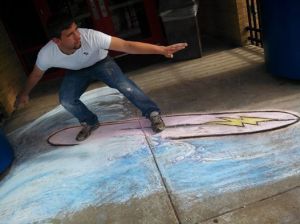 “As sad and as difficult as it was to close Wavecrest,” McPhee said, “it was for all of the right reasons. Educators believe they can meet the needs of this population in house.”

There are more “tools” today for learners who don’t thrive in traditional schools, McPhee said. Computer-based learning modules like E2020 and GenNET are popular with students because highly motivated learners can progress quickly through remediation and catch up with their peers. There’s also Michigan Virtual School, in which students advance through teacher-monitored, computer-delivered lessons from home.

The communications process of closing a school may be somewhat different for schools with a longer history than Wavecrest, or schools serving a younger population, McPhee acknowledges.

Straight talk about students and disappointment

Concerns about students always weigh heaviest, McPhee said. The day the Wavecrest closure was announced, a therapy dog was brought to school.

There’s a risk that students who have struggled and finally achieved a measure of success will interpret closure of their school as a sign that the system does not believe in them and conclude they may as well drop out.

That’s why, in tandem with the announcement, there was word that the school would host an evening “high school fair.” Students and their parents could meet representatives of other alternative education programs and comparison shop.

“We were worried about how this would impact students,” McPhee said, “but we found students to be very resilient. The news was harder for the adults.” 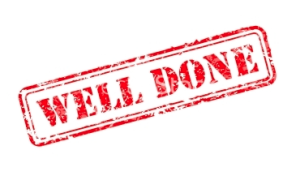 The reason school closures are hard on staff is because it’s unlikely employees will have an opportunity to move to another school, if student population in the area isn’t growing.

Acknowledging the tough job market, McPhee said her team encouraged Wavecrest staff to pursue other employment opportunities, even if it meant not finishing out the 2013-2014 academic year.

McPhee says she wishes all staff – including two teachers who had been at Wavecrest since it opened eight years ago — had found positions with area schools by fall. So far, only the director has.

In parting, OAISD officials hoped to assure Wavecrest staff that, although the school was closing, their work was valuable and appreciated.

Each employee was presented a framed photograph of the quintessential moment from Wavecrest’s final graduation when jubilant seniors toss tasseled caps into the air. Around the picture, names of all 800 students who attended Wavecrest over the years were printed.

“We didn’t want them to doubt they’d made a difference,” McPhee said. “Indeed, for those 800 students, they made all the difference in the world.”