Some parents won’t read anything that isn’t printed on paper, but that number is plummeting.

If your school isn’t using social media, you’re missing great opportunities to connect with your community and solidify the value of children and schools, technology consultant Kevin Honeycutt says. 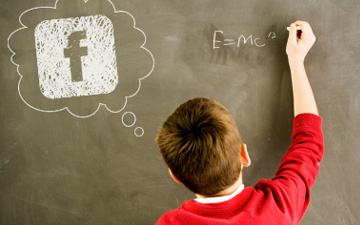 Just do it. Set up a Facebook page. Put someone in charge of updating once a day, if possible, or at least once a week.

“Use Facebook to tell your ‘Some Pig!’ stories,” Honeycutt said, a reference to E.B. White’s classic children’s book “Charlotte’s Web.” “The results could be phenomenal.” 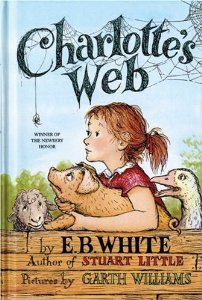 For any poor soul who doesn’t know this heart-warming story of friendship, the dexterous Charlotte weaves “Some Pig,” and other affirming messages, into her barnyard web. When Wilbur the pig parks himself proudly beneath the web, he becomes something special. The web spares Wilbur from slaughter.

Journalism purists hate this trend, but Facebook updates don’t have to include students’ last names, ages.  Family Education Rights and Privacy Act (FERPA) rules leave school communicators wary of disseminating information in which students are identifiable, but Honeycutt would say “don’t back away.” Keep walking and you’ll find steady ground.

A popular national speaker, Honeycutt serves on Inman’s Board of Education, but doesn’t produce the Facebook posts.

Even during the dog days of August, Inman Schools’ Facebook page feels active with a discussion about new covers to better protect iPads and updates on parking lot resurfacing.

The page features colorful images of smiling students at a pool party, a back-to-school ice cream social, and PTO-sponsored chair massages for teachers.

I’ve never been to Inman, but I like the hopeful new-semester feeling I get looking at their page. 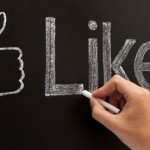 Honeycutt says these “Some Pig!” stories fortify Inman’s sense of community and pride in their next generation – just 450 students in grades K-12.

At this writing, the Inman Schools’ Facebook page has 381 likes – many of them alumni. A couple alumni have returned to Inman to raise families and cited the Facebook page as a factor in their decision, Honeycutt said. 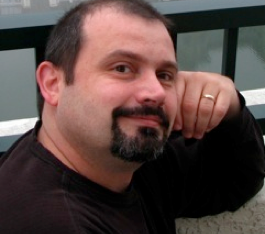 “School administrators were reluctant to try Facebook because of a fear that’s where anyone with an axe to grind would migrate,” Honeycutt said.

Consequently, many of the first school Facebook pages were set up as “broadcast” accounts to disseminate information from school to parents and other “friends.” But info flowed only one way.

Before long, educators recognized that Facebook doesn’t call out the cranks. That’s because transparency is built in, Honeycutt said. No one can post anonymously.

Furthermore, statements and misstatements can be responded to instantly. Misunderstandings and inaccuracies can be corrected before they’re perpetuated.

[pullquote]“Snipers are more likely to be sitting in a coffee shop or diner,” Honeycutt said, “than scoping out your Facebook page.”[/pullquote]

That’s not every district’s experience, however. A Mansfield, Texas district removed its Facebook page in 2011, two years after it debuted, because so much staff time was required to moderate inappropriate or undesirable comments.

Controversy abounded in Forest Grove, Oregon, last year when the school system removed negative comments from its Facebook page about a budget issue. 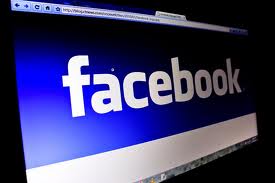 Most schools block or filter the use of social media on school devices, but that’s changing, too.

Some teachers are using Facebook– or the Facebook-esque EdModo – as Union Station for exchanging files, hyperlinks, videos and polls with students.

Teachers are also setting up subject- or class-based Twitter accounts to provide student followers with instantaneous updates regarding meetings and assignments.

Honeycutt’s not saying districts should stop producing traditional newsletters. He is suggesting that no new content need be produced for print. Newsletters can be an aggregation of stories that have already been posted to the web.

“Recreating news is a lot of work,” said Honeycutt, who works through the Educational Services and Staff Development Association of Central Kansas. “Post on Facebook right from an event. Don’t let news cool down.”

He encourages educators to upload as much live video as they can. Out-of-town relatives will swoon over clips of their favorite student receiving a diploma, singing solo, or scoring in an athletic contest.

And it’s easier than you think

The notion that maintaining a multi-faceted social media plan requires communications expertise and a lot of time is a myth, Honeycutt said.

“Once you’ve produced the content, you can move that work around and find different audiences,” Honeycutt said.

He publishes on seven websites. He also has three youtube.com channels.