Besides me, that is? 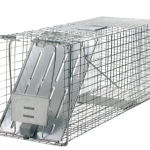 I recently attended the Agents of Change 2013 conference in Portland, Maine, to try and shed some of my “old thinking.”

Unfortunately, as G.K. Chesterton warned 100 years ago, I may have become so enamored by the “fads and fashions” of the “new thinking” – I probably only swapped one kind of trap for another.

And Chesterton didn’t just toss out this caution; he also offered a recommendation.

After every new book you read, he said, you should then read a book that has withstood the tests and scrutiny of the previous generation.

What the heck? (I figured.)

At my age – I’m really more a part of the previous generation anyway – and it’s not like I have to read Herman Melville or Washington Irving.

I could read someone like Tom Peters, the well-known business writer. 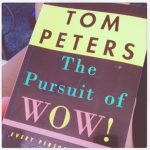 Chesterton said, “”Nothing is so remote from us as the thing which is not old enough to be history and not new enough to be news.”

And this is one of the nugget I extracted out of it.

Even more than 20 years ago, leaders and visionaries (still supported by talented and underpaid school communicators, by the way) were grappling with the value and meaning of “hard data.”

Today we call it “big data.” Back then it was “hard data.”

And technology was frequently viewed as the silver bullet in the strategic planning process.

This concerned Peters and he interviewed Professor Henry Mintzberg of McGill University.

Mintzberg had just written the highly acclaimed book The Rise and Fall of Strategic Planning.

He buffeted Peters’ point by stating that a planning process driven solely by hard data – which is prone to contain many flaws for many reasons – is a mistake.

And there’s the word that gave me the key out of my trap – creativity.

It’s also the bridge between what Tom Peters promoted decades ago… and what I heard just days ago in Portland.

As we continue to roll-out 21st century education and the “transformation” of our schools, as long as we are effective advocates in our respective communities for the flexible – the unexpected – and the creative we’ll do just fine.

And we’ll be accomplishing something our best business graduate schools often overlook.

I like this quote by Peter Robinson, a management guru with an MBA from Stanford.

“Sometime during the two-year curriculum, every MBA students ought to hear it clearly stated that numbers, techniques, and analysis are side matters. What is central to business is the joy of creating.”

the joy of creating

I was going to bounce it off my wife… just to see what she thought.

She asked me what this Encourager was about.

“Well,” I said. “I wrote about G.K. Chesterton and the warning he gave about ‘fads and fashions’ and then….”

“I think I’ll go walk the dog,” she replied. 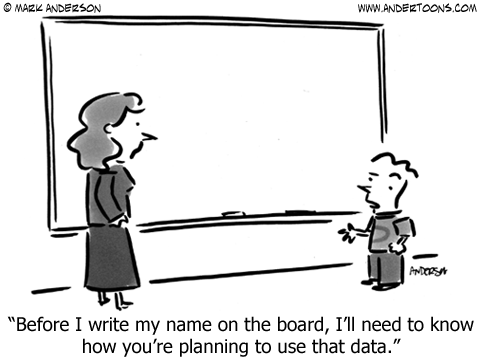