You can’t avoid them.

When messages come your way that are inter-twined with a well-publicized current event, a hyped-up scandal, or a whacked-out celebrity, the communications tactic is called newsjacking.

When you see messages which are loosely connected to a national advertising campaign— like the AT&T one with the guy sitting at a small table asking cute kindergartners questions or Subway’s cross-promotion with the new Hunger Games movie— it’s called adjacking.

If I tell you that I once caught a foul ball hit by Miguel Cabrera at Comerica Park and I have a  hockey book signed by Gordie Howe, this is just me name-dropping and has nothing to do with newsjacking or adjacking.

However, if you take a traditional holiday… and pull out an element or two… and blend it into one of your own messages, this is called holidayjacking. 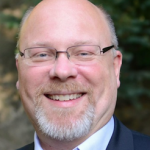 And according to Ray Edwards, one of the most successful copywriters in business today, holidayjacking is probably the easiest of the three to pull off.

I wrote about a number of Ray’s writing tips back in March.

In fact, I met Ray in August at a conference in Atlanta.

As talented and insightful as he is, I was struck by his sincere humility and friendliness.

We didn’t talk for a long time, but I definitely caught a break when he asked me about my school district in Holland (MI).

This puzzled me because I knew from his bio that Ray and his wife live in the state of Washington.

We chuckled when we discovered that his sister-in-law is an elementary teacher in a neighboring West Michigan school district (Hamilton) that is also a member of our ISD.

Of course, Ray made me promise upon my return to Michigan to emphasize that I really don’t know him all that well… that we only met once… and I’m not the product of one of his excellent writing workshops.

(Just kidding. I hope to meet up with him when he comes to Michigan next summer.)

Anyway, here is what Ray has been suggesting for his clients as Thanksgiving draws near.

And to be honest, he’s been suggesting this for several weeks. I’m the one who waited until Thanksgiving is less than a week away to finally spring into action.

He recommends this specific holidayjack as a sure-fire winner.

It’s effective because saying “thanks” never has a downside… and the “holidayjack” re-phrasing eliminates any possibility of people getting offended by something perceived as political or religious.

If you’ve got a variety of email groups, Ray would say “use them.”

Send out a few short, but targeted “thanks-for-giving” messages and then wait…

Many effective communication campaigns began with not much more than a grateful heart.

So maybe this is something to think about during the weekend.

For now, thanks-for-giving me a “click” every now and then.

And oh yeah, thanks-for-forgiving so many horrible attempts at humor, too.

How could I forget this? 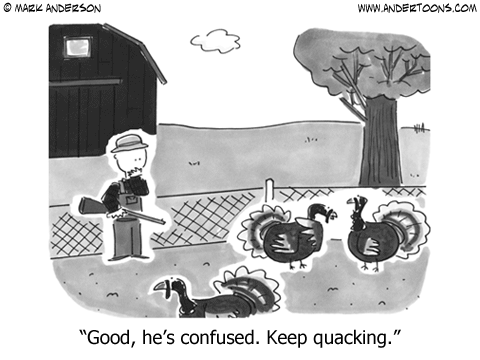