More than 28 million people have now seen it.

Just a little more than seven million had viewed it when I included it in the Encourager on December 12.

Until the Redwings start winning again, it’s about all I’ve been watching. 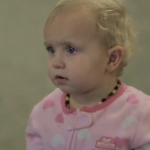 Click on this link if you haven’t seen the five minute video or would like to see it again.

This little one is in it and she reminded me of my girls when they were about her age.

They, like she, were fascinated by Santa… but only at a distance.

If you view the video on YouTube, take a gander at the other Westjet videos shown on the right..

There you’ll find the story behind this wildly successful project.

Although I still believe in Santa, Westjet’s “Christmas Miracle” was not the result of an actual miracle.

A clear vision, a unique culture, and a team of more than 150 volunteer “Westjetters” made it happen.

Here is the short video of a Westjet VP describing “why” the video was created.

He says that Westjet wants to be more than just another Canadian airline.

While they take pride in getting travelers from here to there, safely, and on time – they want to also be known as friendly, fun, and caring.

As the other Westjet videos on YouTube prove, the investment of time, money, and creativity, is not limited to a stand-alone holiday video. They’ve made other ones, too.

Check out their 2012 April Fool’s Day video. (One more demonstration of their uniqueness!)

Another significant fact emerged from the “Why?” video — one that propelled this video going viral.

There was a connection to a “good cause.”

With every 200,000 views on YouTube, Westjet donates a free flight to someone with a medical emergency or another financial need.

Quite a strategy, don’tcha think?

They’ve incentivized every good hearted soul on the planet to distribute the “Christmas Miracle” out to their own social media circles.

Having exceeded the 28 million mark and counting, Westjet has given away more than 140 free trips. (And yes, I checked my calculations twice!)

You don’t have to worry about me writing about Westjet anymore, either.

The more I learn about them, the more frustrated I get.

When I see the intricate “magic” they carried out making of their “Christmas Miracle” video, it bugs me to think about the difficulty my three brothers and I are now having in finding a date for our families to get together for Christmas. 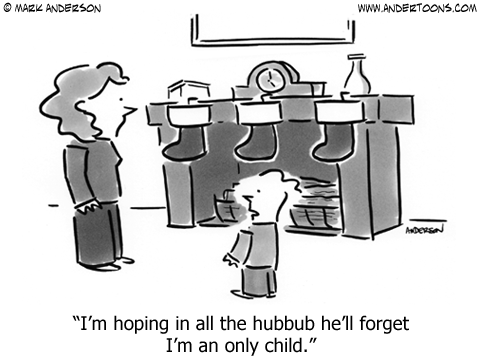