The gift of patience would be nice to receive.

Just not this holiday season.

Last week I highlighted five books I’m hoping to find in my Christmas stocking, and dang it, if I couldn’t go three days without breaking down and buying the Gary Vaynerchuk book for myself. 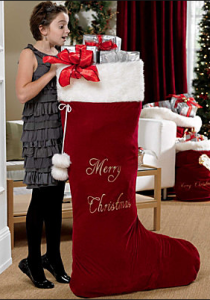 I then wrapped it and made a “To Tom, From Tom” tag and placed it under our tree.

Since Cindy refuses to let me have a stocking as big as this kid’s, it’s only thing I could do.

Because my daughters believe only “knuckleheads” purchase and wrap gifts to give to themselves, and have been way too vocal about it, I didn’t want to argue with Cindy about my half-century old “mom made” stocking not ever having the room for assorted hardcover books.

Besides, she agrees with them.

No big deal. Authors go on aggressive promotional tours all of the time.

But I was impressed by the way Vaynerchuk discussed his new book “Jab, Jab, Jab, Right Hook.”

Even though his book was always the focal point, the content of each interview was unique.

Drawing from his depth of real-world experience, he didn’t speak from pre-planned message points or use quippy sound bites.

Vaynerchuk simply listened to the various questions that were asked… and he answered them directly.

This surprised me to tell you the truth.

So often I’ll hear people (mainly politicians) give “their preferred answers” over and over again regardless of what’s asked.

Not so with Vaynerchuk.

I was fascinated to find out that he conducted a Facebook survey of thousands of his fans to help him name his book.

More than 70% of the respondents voted for the title “Give, Give, Give, Then Ask” and said that this better captured the main idea of the book.

How could he ignore a clear 70% mandate?

However, after sleeping on it, he returned to his original “Jab, Jab, Jab, Right Hook.”

He believed so strongly that social media tactics must be intentional and strategic… that he didn’t want to drop his analogy to boxing and its “sweet science” tradition.

He wanted this book to prepare us to be effective combatants in the social media ring.

This is the mindset he’s convinced we must have.

He also believes that many of us were trained for an earlier media age.

By this, he means that most of us currently imagine and implement our media projects in “big picture” terms… almost like we’re creating a PBS style documentary or something.

According to Vaynerchuk, today’s marketers and communicators need to master ways to produce constant flows of “breaking news.”

A radically different approach is required.

He has no doubt that Ken Burns and Steven Spielberg would be great in the visual short-burst world of Instagram, for example, but they’d have to channel their creativity differently to do this.

So I’m hoping that Ken Burns and Steven Spielberg will join me in starting this process — by also buying and wrapping up Vaynerchuk’s book and gifting it to themselves.

There’s no way my daughters would label either of those guys a “knucklehead.” 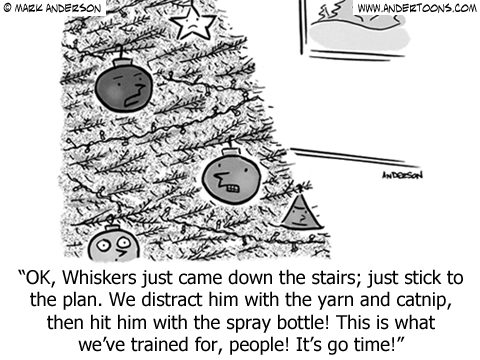