Multiply two negative numbers and you get a positive result.

At least this is what I was taught years ago… and I hope it’s still true.

If some tweet or Snapchat blip refuted this math fact last week, I missed it.

That’d be my luck.

But I was busy with a unique situation on Friday. (aka… a bit of a pickle)

You see, since the start of our school year, we had promoted Friday, January 24, as a non-school day due to “teacher records day.”

Every calendar in our district had proclaimed “no school” status for this date for months… and many of our school groups and clubs had scheduled special meetings, trainings, and workshops in anticipation. 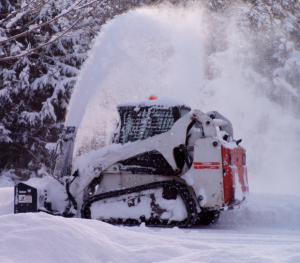 What Justin Bieber would use to drag race in Holland.

Unfortunately, due to horrific cold and snow, every school district around us was forced to blare out all morning long in the media “no school” on the exact same day.

We chose not to add to the closure clutter. We had already told people we’d be closed. So why double-down and communicate what all of our parents and students already knew?

Didn’t we want all of our planned meetings to go on without confusion?

But wouldn’t you know it…

Once the complete list of weather-related school closures starting scrolling across the TV  – and people spotted that our district was not on the list – calls started to trickle in from people wondering if our schools were now open!

Huh? Who ever heard of a long scheduled “no school” day being reversed by everyone else’s quickly announced impromptu “snow days?” Who could even think it possible that two totally different “school closing” circumstances could collide by fate and cause one of them to turn into a positive?

All I knew was that our school district had “first dibs” for closing last Friday.

We were the ones who began publicizing it right after Labor Day. Dang it.

And now I was in the midst of a very “unique situation.” (aka… a bit of a pickle)

To make matters worse, fourteen school secretaries were meeting right down the hall from my office in our admin building’s large conference room that morning.

They had gathered together as planned, in part  because I hadn’t gone overboard on school closing notifications and befuddled the people going to our scheduled trainings and workshops.

Such is the value of a trained and seasoned school communicator.

Our staff members were right were they should be —  Meeting. Working. Collaborating.

I was proud of my role as an effective agent for productivity plus.

In fact, while I was proofreading a document at my desk, I imagined my superintendent sitting in his office composing an email to send off to me later in praise of my steady and stable influence.

One of the secretaries then stepped in and said, “Hey Tom, we’re taking a break. Can you come down to the conference room for a few minutes?’

“You bet,” I said, thinking that they probably needed help finishing off a tray of brownies or something.

When I stepped into the room, they all turned to look at me.

I have seen similar looks  from my wife and daughters many times, so I quickly gave up any hope of biting into a brownie.

This group wanted an “explanation.”

“Do you have any idea about the phone calls we’ve been receiving this morning?” they asked in one voice.

Many years of experience at home have prepared me for this kind of trap.

If I answered “yes,” I knew they’d follow-up and ask, “And how would you know this?”

And from there, listening to their experiences from the “front lines” got me back on track.

While I was glad to have been pulled into their meeting, I didn’t walk back to my office with the same over-confident pep as before.

Now I wasn’t going to get a glowing email from my superintendent, that much was certain.

Praise rarely follows the receipt of good suggestions for “next time.” 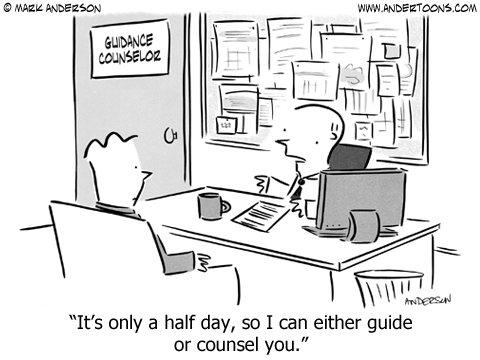