“Rags to riches” stories are common in America.

Even if it’s just a matter of your own perspective. (aka you’re only as rich as you believe yourself to be…)

My story doesn’t come out of the “rags to riches” anthology.

I’m sure not complaining… but stories chronicling various “lateral moves” from here to there are hardly the most interesting, if you know what I mean.

For some really incredible true-life adventures, you owe it to your professional growth to listen in whenever successful entrepreneurs are talking about their journeys.

You’d be surprised how many total and utter failures these people have experienced. 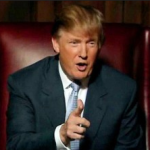 Maybe getting fired and shown the door by a cheap imitation of Donald Trump was the turning point.

Maybe it was the fear of not having a regular paycheck.

But whatever their source of inspiration, many entrepreneurs have amazing “riches to rags and back to riches” stories.

And these stories fascinate me … so I’m sorry if I’m dragging you along for the ride.

So I’ll get to the point speedy-kwik and maybe we can stop for donuts later. (This line worked wonders when my girls were in first grade.)

I believe that school leaders and communicators have much in common with 21st century entrepreneurs.

We appreciate innovation, investment, and grace under pressure.

We also know the feeling when an external factor pops up unexpectedly and knocks us off our publicly announced course.

When individual entrepreneurs tell their stories about how they were riding high with loads of cash and “friends in excess” one year… only to be flat broke months later… and then struggle to get themselves back up to the top again, there’s much we can learn from their travails.

I’ve read and listened to many stories of this kind, more than I ever thought possible.

Although with March Madness and the countdown to opening day in baseball now here, I’m going to read and listen to fewer of these stories, but I’ve detected an overwhelming common theme.

And only you would know if it has any relevance to what you do.

Without casting blame on others, many of the entrepreneurs who built successful businesses prior to literally losing their shirts attribute their colossal flops largely to stupid hiring decisions.

They hired too many people, too quickly, and they used the wrong criteria.

In short, they should’ve built their enterprise by hiring slow, and firing fast.

But few did this, even when their gut instincts were waving red flags.

And most importantly, they should’ve hired for character and trained for skill.

Almost without fail, the up then down, then up again entrepreneurs express with considerable shame how they fell in love with someone’s financial acumen or technological wizardry, and they proceeded to unwittingly insert a cancer into their own organizational culture.

They didn’t care enough (or were too arrogant) to make sure that their new hires even believed in “the vision.”

But they eventually learned from their pain and proved that failure is not final.

Once these entrepreneurs changed their hiring mindsets and practices, their business turnarounds began.

Since I’m a school communicator, not an HR director, I felt challenged to find you a worthwhile HR related article for you to think about.

It had to be an article I could understand, which reduced the field considerably. 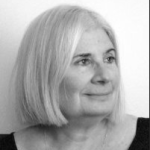 But then I came across this guest post by Johanna Harris, a former U.S. government labor attorney, and currently the CEO of Hire Fire and Retire LLC.

Don’t you just love the name of her company?

It was all I needed to see that she could communicate beyond legalese. This is my kind of attorney!

So here’s her “hire right by doing it right” advice.

I only wish she had also emphasized the positive impact that increased pay and benefits have on school communicators. She didn’t touch this revelation.

But don’t let this oversight keep you from bookmarking her article for later reading. 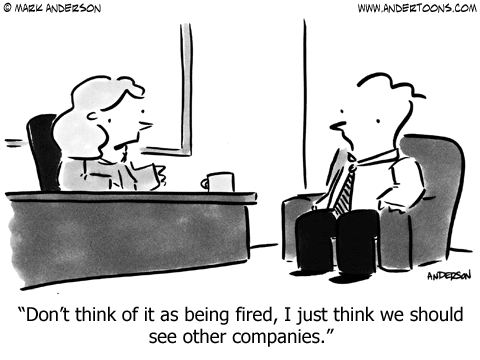