You know how kids love lunch and recess?

Conference attendees have the same affinity for scheduled “breaks.”

Along with check-ins to bathrooms, caffeine stations, and voice mails, these program-free times are great for making introductions and networking.

In theory, that is.

Oh, I have the bathroom routine down pat (by now), but as one of the outliers in the overall demographic mix for the Agents of Change 2013 conference (in every way possible), reaching out “to network” properly was awkward for me.

The whole disco scene years ago was awkward for me, too. This was way too similar.

Just like so many of you who I have met at numerous school related conferences, the 450 conference attendees all seemed to be friendly and personable.

But this group was different for me.

These folks were overwhelmingly successful as independent entrepreneurs, totally off the charts tech-wise, and mainly 25-40 in age.

In contrast, I’m overwhelmingly dependent on the success of others, attach post-it notes to my computer screen with the tech tips I’ll forget otherwise, and would only fit neatly in the universal age range for conference attendees if both numbers were doubled.

And then a weird thing happened.

And no, they didn’t want me to sign a legalize marijuana petition or anything.

They came up to ask me if I was “that school person from Michigan.”

They asked if I was a teacher. (Nope. Used to be one years ago.)

They asked if I was a principal. (Nope. Worked with many great ones, though.)

They asked if I was a superintendent. (OK. Fine. I’ll sign your legalize marijuana petition.)

They wanted to know what a school communicator does.

I looked around to see if there were any hidden recording devices or if an MSPRA board member was hiding in the shadows… and I gave them my answer.

And then a second weird thing happened.

They began expressing their admiration for the work that you and I do.

Well, not specifically what you and I do since they really don’t know us – but their unsolicited sentiments of respect for teachers and all things education both surprised and touched me.

In the minds of these entrepreneurs, the world changes (or doesn’t change) because of what takes place in our schools.

But I heard a lot about the school people they’ve known, so much like you and other educators who care.

So this is what I learned during the break – that if you ever need a boost, the best recommendation I can give is to seek out a conference or workshop where the majority of other attendees are not your peers.

Within our own encircled wagons, too often we allow our attention to various school issues and topical “deep dives” to obscure our real purpose and significance.

When school items aren’t on the agenda at all – it’s just you or me and the profession we represent.

So, trust me, you’re respected. I just heard it loud and clear.

Even in an “edgy, with it” place like Portland, Maine.

Even with me as your proxy.

One entrepreneur told me that educators were the only true agents of change.

I replied “thank you.”

And I hope I didn’t blow it by then asking him to show me how to pull up the conference schedule on my iPad.

I’m really not much of a world-changer without my little post-it notes. 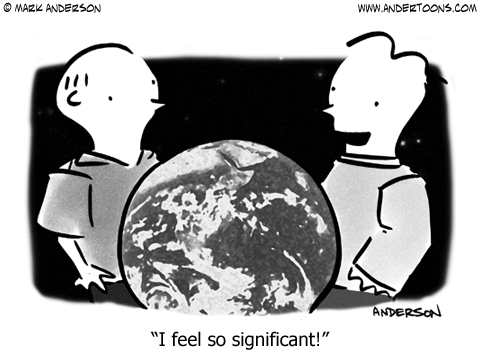