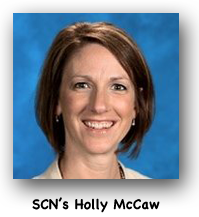 Why languish during lunch, erasing 95 draft emails, when you can imbibe in our free, 45-minute #scnLunchinar? Learn from communications experts as they are deftly interviewed by SCN’s Holly McCaw. Or, contact us directly at: connect@scnforyou.com.  Languishing is so 14th Century!

Social media expert Jean MacLeod introduces four branding minions that will help you establish your mark in the world.  And, they’re easy to use:

Have you tried Twitter chat/bingo with your staff? How about communicating with your parents using Pixlr, Storify, Instagram, and Facebook Live?  Don Taylor, a TV news veteran now employed as communication specialist and webmaster for a Columbus Ohio school district, uses them all.  He walks us step by step through all of them in this #scnLunchinar:

In 1999, Rick Kaufman led the school Crisis Response Team and became a familiar face and voice in national media coverage of the Columbine High School tragedy in Littleton, Colorado. Today, as head of communications of a Minnesota school district, Rick’s message is as vital as ever.

Holly interviews Jason Wheeler, an energetic and cutting-edge school PR pro from a very large school district in Carrollton, Texas. He preaches the word on the importance of social media for public schools. In this interesting #scnLunchinar, Jason shares what he knows and what he learned from the 2016 Social Media Marketing World Conference.
Enjoy Jason’s one-minute #scnMasterMoment:

Futurist David Zach makes us stop and think about what we see and do every day. He understands that significance and value are found beyond whatever tomorrow’s cool gadgets may be. Check out this intriguing #scnLunchinar interview with David, conducted by SCN’s Holly McCaw.

Amy Schmittauer is the founder u0026amp; face of Savvy Sexy Social, an online show helping rising stars and think-big brands embrace their personality and share it with the world. SCN’s Holly McCaw interviews Amy from a school communicator’s perspective: how can schools use social media to gain the trust of their audience and maintain a loyal following?

Click HERE to learn more about Amy’s well-earned credentials as an internationally-acclaimed public speaker on the subject of video and social branding.

Amy gets right to the point in these #scnMasterMoments:

School superintendent Kelly Middleton tossed out so many customer service gems, they’re still on our mind. Especially since his district in Newport, Kentucky, has huge pockets of poverty and financial challenges.He’s not speaking from some lavish gated community called Stepford.

Enjoy these one-minute clips by Kelly:

SCN’s Holly McCaw interviews the dynamic communication team at Arlington Public Schools in Virginia. Jen Harris and her staff use hashtags and Twitter as key components of communication with school parents and community.

Learn more about the work of this communication team.