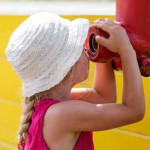 In May, just weeks after the release of two live-streaming apps for smart phones, SCN’s Holly McCaw briefed school communicators on what all the fuss was about: Periscope and Meerkat apps give iPhone and Android phone users the ability to live-stream whatever they’re focusing on.

The apps offer great potential for teachers to share learning or for schools to share a live ceremony.  But, as Holly wrote at the time, “there are concerns about misuse.”

With the start of school nearly upon us, has your district considered the issues raised if students use live- stream apps on their phones during the school day? SCN asked that question Wednesday of social media experts during a Periscope marketing webinar hosted by Authority Labs.

Here in a one-minute nutshell is what the experts had to say:

These social media mavens who laud what live-streaming can do for business marketing came through with a loud and clear message to schools. Even though they love the Twitter owned app, they suggested that schools don’t wait in blocking its on-campus use.

Do it now, they said, before school starts.

A teacher blogs eloquently about the Periscope issue

While discussion about the use of these new, live-streaming apps in public schools is surprisingly scant, I managed to find an in-depth blog published on August 1 by teacher Pernille Ripp, who has taught 4th, 5th, and 7th graders in Oregon, Wisconsin.

Ripp says she was enthralled by the learning potential of Periscope. But after further thought, Ripp sees problems in these sensitive areas of school communities (The quotes are Ripp’s.):

Despite giving you seven more “bullet points” to dodge, I hope this was helpful.