Did you notice that I offered up some Russian today?

One online communications expert suggests that if you want to reach out to the vast international marketplace, you need to strategically include a few words from another language into whatever it is that you’re writing.

I think you’re supposed to actually have a measure of fluency in the other language, but the guru barely mentioned this in his book, so I’m going to try this idea out while relying on my own keen professional instincts.

If this flops (proval), I’m taking the book back to the store to get a refund (vozvrat).

So now that I’ve dutifully dropped in four Russian words into today’s Encourager, I’m moving on… with the heightened hope that both you… as well as my new best comrades on the other side of the globe are greatly impressed by my effort.

It’ll also be rewarding to see what kind of seeds of international goodwill I’ve planted.

My wife Cindy cautioned me not to get my hopes up.

She pointed out that there’s roughly a nine hour time difference between our EST and Moscow.

She questioned why I was “encouraging” Russian school communicators at the tail end of their work day. Won’t they think I’m a knucklehead?

This was more than a little discouraging, I’ll tell you that.

I had a decent story with universal appeal I was eager to pass along.

Since it involved “food and drink” — not baseball or the Kardashians — I figured I was on to something that transcended all geographical and political borders.

In an article about restauranteur Michael Zivlis, who owns nine wildly popular and successful establishments in southern California, he was asked how he stays aware of what’s happening, wows customers, and keeps up quality.

He had a two-word answer, “pop quizzes.”

Zivlis makes it his daily leadership routine to consistently drop-in unannounced at his locations, and once there, he will eat, inspect the kitchen, compare notes with the chef, chat with patrons and wait staff, and personally ensure that the curb appeal, welcome area, and the restrooms exceed expectations.

To his employees his “pop quizzes” are unpredictable and random — and that they are!

But it’s a system that works for Zivlis.

He’s even built unannounced and unscheduled  “drop-in” visits into the contract language he has with his vendors.

If they’re cutting corners, he wants to know.

The article didn’t say what kind of car Zivlis drives, but it’s probably not a ’99 Buick like mine. (But maybe he also has three daughters with looming wedding plans, so who knows? Assumptions always get me in trouble.)

Anyway, Zivlis puts on a lot of miles and his “pop quiz” approach serves to amplify his presence to employees, vendors, and delighted customers alike.

Do you want to be aware and “in the know?”

If you do, Zivlis would advise you to plan out a routine that is highly disciplined and seemingly unscheduled.

In order to wrap up today’s Encourager with a bit of cultural flair, I asked Cindy if she would help me find out how to say “pop quizzes” in Russian.

She just looked at me in disbelief and shook her head. 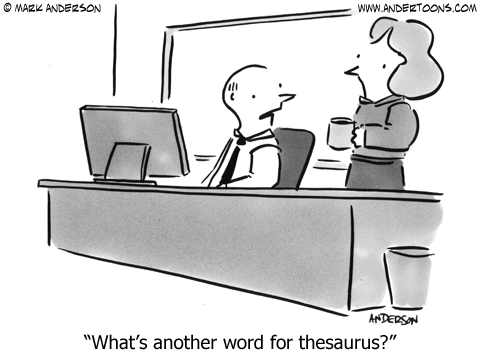