This fact alone should tell you why my name rarely follows the descriptor “most successful.”

But dang, don’t these people use November and December to go to work, eat turkey with the family, shop at the mall, sing holiday carols, light fireplaces in the family room, and then settle in and watch 37 consecutive bowl games?

When a new year is on the horizon, they intentionally plan out how and when they will plan.

They make sure to get their goals and resolutions in order.

I wish I had a similar plan for my planning.

My practice of just “squeezing it all in” here and there during commercial breaks probably isn’t optimal, especially when stacked up against what the “most successful” are doing.

But I want to tell you something else before going on any further with this.

I hope this Encourager comes your way after you’ve enjoyed a meaningful and restful holiday break with your family and friends.

I also want to thank you for checking in with these daily Encouragers as your busy schedule allows.

I’ve discovered that writing to you regularly has prodded me to seek out and think about things in fresh ways.

In my journey toward average, this endeavor has actually nudged me a little closer to average over time, and I’m appreciative. (No fake. Thank you.)

As school leaders and communicators, our work matters. Our work is important today, next week, and important in the grand scheme of things. This isn’t true for every profession.

So whatever time we devote together to exploring new ideas and perspectives is beneficial, don’tcha think?

I’ll do my best to not waste your time.  Just don’t screw me up by setting the bar too high. 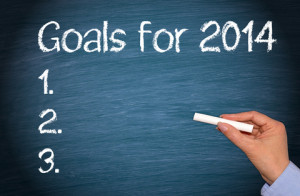 In researching their tactics and observing how they plan for 2014, I’ve picked up a few interesting tidbits to bring you this week.

Did you know that many of the “most successful” do not have good or bad habits?

They think of their behaviors in terms of “personal rituals.”

Yes, they classify their rituals as either “productive” or “not productive.” but I think there’s another aspect about this that I’ve totally missed.

This didn’t work for me at all.

For three straight days, whenever Cindy would shake her head and caution me about reaching for a “second piece of pie” or for leaving my socks and shirts scattered on the closet floor, I would calmly explain that my inner emotional stability is anchored in a number of long-held “personal rituals.”

She didn’t buy it and I wisely dropped it prior to Day Four. (But I’ll bet the “most successful” wouldn’t have, though. They would’ve known how to explain the whole concept better.)

I heard Michael Hyatt say that lots of people resort to elaborate planning and resolution setting prior to a new year as a way to just keep procrastinating.

Because Hyatt never said the word “ritual”– which had caused me so much trouble earlier –  I listened carefully.

He’s a big promoter of determining a clear direction, identifying your goals, and then writing everything down.

He states that you should not skip any steps in getting your goals written down on paper, inserted into your smartphone, or sent up into the cloud.

You should list as many worthwhile goals as possible for 2014 because since you won’t be able to accomplish them all… a good long list will help you have a clear grasp on where you’re at.

Hyatt said that his own rate of success for reaching his annual goals is about 50%.

I don’t know if this places him in the ranks of the “most successful” or not.

I’m just praying that this 50% mark is no where near what could be called “average.”

I’d hate to report to you that I’ve already regressed in my journey. 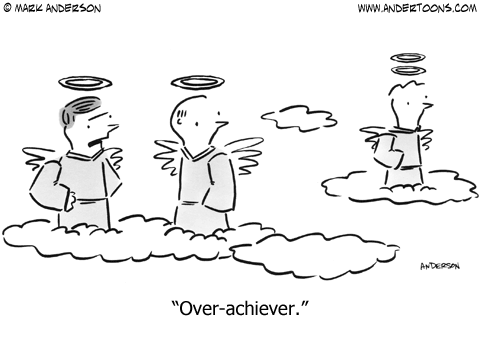 Posted in The Encourager and tagged wr