Like nearly four million other viewers, I felt transformed by watching Sir Ken Robinson’s 20-minute presentation on youtube.com about the education system “strip-mining” our minds instead of nurturing a love for learning.

I wouldn’t know a thing about Robinson or his inspiring ideas if he had not been part of a 2006 TED conference, where short presentations by forward thinkers were filmed and electronically shared because they’re “ideas worth spreading.”

(Robinson’s talk is the most viewed TED Talk of all time. Take a look.)

Hoping to gain tips to share about crafting and communicating messages that teach, I arranged an interview with Richard Saul Wurman, who originated TED (Technology Education Design) Talks in 1984. 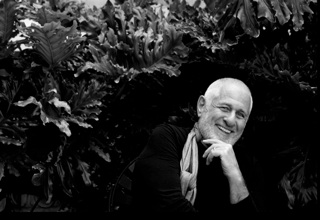 Wurman also coined the now-common phrase “information architecture” in 1976. He’s trained as an architect but has fashioned a livelihood writing books (83!) and organizing conferences that build frameworks for understanding and connecting information.

Wurman initially tried to talk me out of wanting the interview because:

Wurman, who I sense is restless by nature, acknowledges that TED is a decent format. (No big introductions, prepared speeches about 18 minutes long, no Q&A from the audience, filmed for possible sharing.)

Yet he piloted a new conference, WWW.WWWW, that he thinks will be even more powerful because it taps the power of a conversation between diverse pairs of creative people. thewwwconference.com

“It’s a risky giant leap backward,” said Wurman, 77. “This is a conference that could have taken place 2,000 years ago. No PowerPoints. No holding up a book or telling us about your favorite charity. No predicting what will happen to the yen, the dollar or the Euro.

“This is two people facing each other, not the audience, in front of a concrete wall in an improvised conversation, asking each other questions, listening, and coming up with new ideas and finding truth.”

Wurman’s handle for this type of conversation is “intellectual jazz.”

His goal is to have “a wonderfully interesting salon.” Underlying is his belief that two-way communications in which speakers explore differences and commonalities are the hub of innovation.

(Watch this to hear Wurman describe what he does.)

Unlike TED Talks, WWW conversations won’t be governed by a stop watch. They’ll be allowed to continue as long as they interest Wurman, then he’ll pull them off the stage.

The first scheduled conversation will between renowned cellist Yo-Yo Ma and rapper will.i.am.

I can’t even imagine what they might say to each other.

I also wonder if I’ll ever know.

Wurman won’t issue press passes to the event, which features leaders in science, technology, health, entertainment and design. He’s holding it at a California resort where the auditorium seats less than 300. He’s going to film the conversations in black and white.

Hmmm. Sounds like more of a dinner party than a conference to me . . .

Then I asked Wurman what he thinks about the Internet – a question that led to a deeper explanation about what his new-wave concert is about.

[pullquote]“The Web is both amazing and primitive,” Wurman answered. “Viewing it today is akin to a caveman looking at fire. A caveman cooking over a bonfire can scarcely imagine cooking over a microwave oven.”[/pullquote]

Internet searches today retrieve hundreds of thousands of citations, only some of which really help you understand something better, Wurman said.

He’s developing an app that helps the searcher get to what he or she really needs to know. That app will make the entire www conference, plus special features on each speaker, accessible to searchers.

Clearly, the information architect has parted ways with TED but he’s still on the job.

I knew I wanted to talk to him.

(In this clip, Wurman talks about how “information architecture” came to be.)