Strategic planning is “no small world” when it comes to Disney enterprises.

Capodagli’s keynotes and workshops were originally tapped by hospitals, hotels and other businesses determined to become like Disney, whose management star rose in 1984 with the best-selling book “In Search of Excellence: Lessons From America’s Best-Run Companies.”

Capodagli’s process morphed to schools in 2011 with an urgent call from the small southwest Michigan community Dowagiac. (That’s Potawatomi for “fishing waters” in case you’re wondering.)

A shared sense of urgency

Dowagiac is in Cass County, near Michigan’s border with Indiana.

To set the scene, I need to tell you that Dowagiac leaders were pressuring the school board for a dramatic turn-around. Dowagiac students had just bombed state tests, scoring below state averages in 14 categories.

Substandard schools would make it hard to sell houses in the town of 6,100, hard to recruit professionals for positions at the hospital and community college, and harder still to attract economic development.

“You have to hand it to the city fathers,” Capodagli told me. “They recognized that the future of their town was at stake.”

Town leaders, including Dowagiac Union Schools new Superintendent Mark Daniels, had read  “The Disney Way.” An alliance of major employers brought in Capodagli to launch a process that would create a vision to solidify and motivate the community. 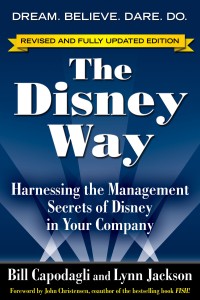 Was Capodagli the finesse feather to make an elephant fly? Capodagli says his role is to help entities birth their own dream, but he says it in a way that lets you know a little pixie dust never hurts, either. 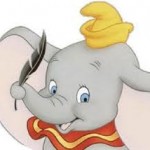 Dumbo and his magic feather.

About 650 people – a tenth of the town – attended Capodagli’s keynote address.

Storyboarding has its genesis in animation. It’s a visualizing and sequencing technique developed at Walt Disney Studios in the early 1930s, and used by Disney in creative ventures until his death. 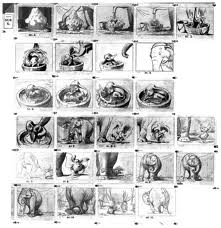 Free-flowing thoughts are written on sticky notes or cards pinned to a display board or wall, creating an “idea landscape.”

He says mapping is great for developing concepts, plotting what steps will be necessary to achieve a goal, organizing who will be responsible for what, communicating activities and identifying barriers to success.

Through this process, Dowagiac’s dream became clearer. People saw their community for what it truly is, a scrappy little town determined to stretch dollars and retool schools for hands-on exploration and discovery, according to a Dowagiac Daily News article.

Bringing a dream to life isn’t “instant pudding,” but it sets the stage for changes over a period of years, Capodagli told me.

Who we are. Who we will be.

The dream has already inspired facilities changes. The school district’s administrative offices moved into City Hall. In August 2012 voters will be asked to approve a bond proposal that would realign, consolidate, and renovate some schools, and close others.

Curricular changes are also proposed. Instead of traditional classes conducted in a lecture format, the Disney-inspired strategic planning revealed a desire to shift to project-based learning.

In this more relevant, flexible learning environment, students learn multidisciplinary curriculum in the course of collaborating on projects facilitated by teachers. 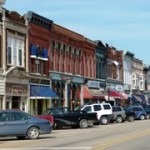 Dowagiac may still be in the early stages, but Capodagli said Disney’s “dream, believe, dare, do” principles are the bedrock of the “Downtown School” in Des Moines, Iowa, which he featured in his 2007 revised edition of “The Disney Way.”

The Disney Way at one school in Iowa

Legendary educator Jan Drees founded the school in 1990 as a project of the Des Moines Business Alliance and the public school system to extend learning environments beyond the classroom.

Before Drees’ retirement in 2006, the Downtown School, an elementary school, was nationally recognized for project-based learning, which allowed many students to get off medications prescribed for attention deficit disorder. 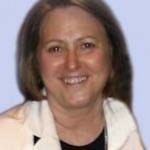 Students learned in multi-age groupings by doing projects. There was no traditional grading system. No yelling allowed. And parent involvement was off the charts.

The dream has to be shared.

[pullquote]“At all levels, community involvement is key,” Capodagli said. “The community has to share the dream for its schools and help make it the reality.”[/pullquote]

Capodagli isn’t the only consultant using Disney magic to help schools connect with and inspire their communities.

Disney’s consulting arm, the Disney Institute, has advised some 300 school systems in the two years since it added field representatives – a more economical option than sending school leaders to Disney properties for training.

The idea it to look at strategic planning, innovation, customer service, leadership, employee training, and other things Disney does superbly and apply it to improve other organizations. 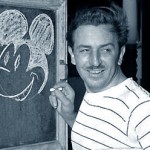 “My only hope is that we never lose sight of one thing,” Walt Disney is famously quoted as saying in 1954. “It all started with a mouse.”

Art with this post were provided by Bill Capodagli, or obtained from Google Images, youtube.com, or other public sources.

Would a Disney “approach” add value to your work with others? Add your comments to our forum.