I recently left the keynote lecture of a statewide libraries conference simultaneously chuckling and thinking “what a colossal waste of time.”

I don’t watch TV sit-coms looking for “takeaways,” but when I shell out big bucks to attend a professional conference, I go into every session with a pick and shovel, hoping to mine information gold. I got no nuggets from this funny, thoroughly likable speaker.

The experience reminded me of covering a benefit gala for a domestic violence shelter as a newspaper reporter years before. The celebrity speaker was actress Cicely Tyson, who was fantastic in “The Autobiography of Miss Jane Pittman” and “Roots.” The black tie crowd applauded Tyson’s performance of monologues, but several people were obviously disappointed by the end of the evening that she failed to speak about the cause they had gathered to support.

One insisted that she had heard Tyson give the same talk, word for word, in another venue 10 years before!

Gearing up to give a great speech. 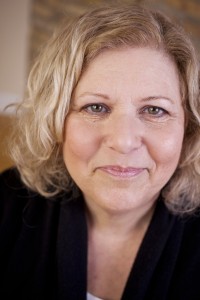 Hoping to learn how to craft speeches that are both entertaining and effective, I contacted Dr. Susan Weinschenk, a behavioral psychologist who’s written the practical guide “100 Things Every Presenter Needs to Know About People.”

Susan applies research in psychology to understand, explain and predict what motivates people and how they behave. Check out her blog, The W Blog. She also blogs for “Psychology Today.”

Susan quickly affirmed my observations (psychologists are good at that), saying she recently spoke at a national conference for health communicators. While waiting her turn for the microphone, she listened to another presenter deliver a canned speech that was entertaining, but barely relevant to the group he was addressing.

“Being an excellent presenter means having an impact,” Susan said. “The purpose is to teach and achieve an objective that’s measurable.”

Presenters need to research their audience before sitting down to write, Susan says. That way they can a customize a stock speech by tailoring the beginning and end to achieve an appropriate call to action for that group. 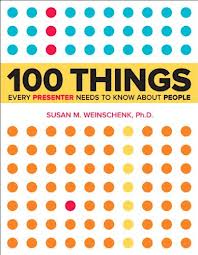 (Hummm. That sounds like real work, not stand-up comedy or a recitation of your greatest hits.)

Here’s how Susan does it.

(I’d like to give you more tips right here and now but Susan suggests that people remember best when they’re fed information four bites at a time, and I want to make this palatable.)

Susan often coaches presenters eager to improve. Creating a tight and tidy three-minute speech, videotaping it, and watching it several times usually reveals several things to work on, she said.

A bit about Susan

Susan’s interest in psychology was driven by her fascination with computers. She was an early adopter of the technology and got geeked imagining what it would be like when personal computers were in the hands of the masses.

She pursued a doctorate in psychology as a means to designing devices and websites that are intuitive, engaging and easy to use. She never considered opening a therapy practice. It was always brain research and its applications that lit her up.

Susan said she needed all the psychology she had learned when she served on the board of a rural school district at a time when the state of Wisconsin was moving to a statewide funding mechanism for schools.  The shift away from local funding necessitated staff and programming cuts, and parents were not pleased.  Tempers flared, Susan said, because children and their future are an emotional issue. Parents could accept the societal benefits of the change only after their personal concerns were acknowledged.

[pullquote]“People are more than rational; there’s the emotional and feeling part,” Susan said. “To communicate effectively, a presenter has to be talking to the whole person.”[/pullquote]

Because she approaches presentation giving scientifically, you know her tips on how to do it well aren’t just her personal preferences.

(O.K. Ready for a second helping?)

Something’s got to move.

Susan likes bringing an artist on stage with her to illustrate a few of her 100 things because watching someone draw triggers a survival response (“Hey, what’s moving? Could it kill me?), which keeps the audience alert.

A “fast-draw” video she commissioned to showcase five keys from her “100 Things” book for presenters brought to mind a commencement ceremony I covered as a reporter at a small charter school.

There were only 26 seniors and commencement was being held in gymnasium that hadn’t been updated in 40 years.  At the time, the school had only a fledgling jazz band. To provide pomp and circumstance to the proceedings, an artist was brought in to paint a beautiful landscape on a canvas sitting on an easel about five feet from the lectern. She painted as the speakers spoke. All 100 in the audience were spellbound. 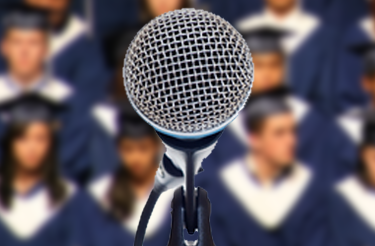 I can’t conclude a post about making presentations without sharing a favorite story about covering another high school graduation. (Lucky me, I used to cover six every spring.)

A senior class tradition at this large high school was to elect a  student speaker. This popular choice spoke at commencement along with the valedictorians, salutatorians and senior class president, school board president and superintendent.

The elected student speaker delivered a humorous, heart-felt talk about growing up, and concluded his speech by reading Dr. Seuss’s “Oh, the Places You’ll Go!”

Next up on the program was the superintendent, who approached the podium haltingly, clutching a book in his hands. He, too, had planned to fill his slot by reading “Oh, the Places You’ll Go!”

Even people accustomed to being in the public eye have trouble thinking on their feet in front of 3,000 people.

The crowd heaved a collective sigh when he opened the book and began reading it again, but he plowed through with his plan.

As much as I love Dr. Seuss, it was painful to have the same book read to me twice in 10 minutes.

So, allow me to add “know what other speakers plan to say” to the Brain Lady’s list of tips for making an effective presentation.

(That may be nice way of saying, “Use your brain.”)

What do you think makes for a good (or bad) presentation?