It’s probably a headline that sparked an audible “huh?” from all who noticed it; particularly from any of us in the school communicators clan, as we are the proud descendants of the founders of the 16th century’s “the glass is half full” society.

Whether you saw it Friday afternoon on the front page of The Grand Rapids Press (sans rosy colored glasses) or in the Booth Communications online site (mlive.com), the headline below wasn’t a great way to start the weekend.

Twitter Study: Michigan’s in a Sad State. Tweets from here are downers.

And it’s not just Michigan residents who are afflicted with the lack of jobs, rising obesity, and too much cussing. Ohio, Indiana, Illinois, and Wisconsin also have vast multitudes of cash strapped people with “sweet tooths in foul mouths” taking to Twitter to sound off.

Sure, this study admits that it over-sampled the 19-29 year old crowd (oh, I’m so shocked, aren’t you?) – and the researchers now say they’re committed to revisiting their findings and keeping us in the loop as new data becomes available. So, this obviously must be a pretty well funded gig. I just hope it’s not funded by the Pure Michigan campaign. Then I’d have to join my fellow Michiganders and send out a nasty little tweet of my own!

But I won’t have to do this – nor will you or any of our Ohio, Indiana, and Illinois neighbors. We’re innocent bystanders. The fine print indicates that this Twitter based study was initiated by the University of Vermont. Whew! That’s a relief. And here I was worried that our midwest region would not get a fair shake. The fact that Vermont was eventually ranked right up there with the deliriously happy folks in Hawaii doesn’t seem odd to me. Nope, not at all.

So where am I going with this? Glad you asked. I’ll get to the point.

This whole Twitter study headline – and its “poor sad sacks live mainly in the midwest” conclusion, puzzled me. Other than generating fodder for a story, is a study based upon an analysis of lots of tweets even valid?

Once I got past my own, “how the heck would I know?” I looked for an answer, which means I hauled out my trusty internet radio. And I found a business related program that provided an interesting perspective.

I listened to Michael Stelzner of the Social Media Examiner interview Mark Schaefer (a Rutgers professor fyi) about Twitter. While both marketing experts believe in Twitter and its conversational and re-tweeting prowess, they pointed out that this social media tool is one that organizations need to be particularly wary about.

Here’s why: They stated that 50% of what is tweeted is negative, in and by itself. Schaefer even labeled Twitter as “complaint centric.”

Not that this is horrible. It may even be a good thing. But organizations (or schools) that desire to “do Twitter well,” must accept that there’s more to Twitter than just tweeting out assorted scores and event check-ins.

Whether you want it to be or not, if you tweet out at all – Twitter will become one of your primary customer response and customer service connection points according to Stelzner and Schaefer, requiring both constant monitoring and a “quick to join the conversation” mindset.

They also cited another “50%” social media related statistic that is troublesome.

They said that 50% of people who email or tweet a question to an organization expect to receive an answer back within one hour. That’s seven days a week. 24/7. And the 50% figure goes up with every survey.

So where does this leave us? Well, I won’t speak for you. But I think the Vermont study is bogus. Unfortunately, in checking it out and discovering that Twitter is a magnet for a large number of users who are inclined to be carpers and complainers, I’m now crabby as a result! 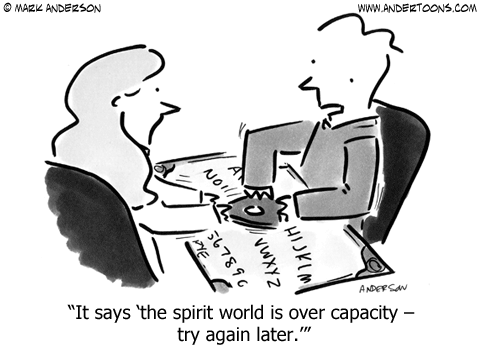