Perception is . . . sometimes what you make of it.

Hope this week starts off well for you (and me!). As every school communicator knows, it only takes one event or circumstance to snatch us away from our best intended plans. So that’s my wish for you today: a day free of any schedule-changing flare-ups.

I’m going to do something a bit different this week. And I’ll try not to turn it into a self-inflicted schedule-changing flare-up, either.

Recently I heard a speaker talk about his profession. In fact he began by saying, “my profession has a public story that needs a big time re-write. We haven’t done a great job telling our story.”

He spoke about how he and his peers feel “what they do” has been generally bashed and incorrectly perceived by the public and in the media. He stated that because his product has also been successfully delivered without fanfare across the nation for decades, it is now considered no more valuable than other common staple in our lives – if it’s even considered or thought about at all.

His product is critical and essential, sure. This is indisputable. It’s universally sought after, used, and is a major player in the growth of our economy. Agreed. But his product is relatively cheap (almost free!) and the public and the media won’t easily let go of all of the old notions and traditional mental images attached to his profession and its product.

The profession is hampered by its past successes.  It’s been around a long time and it’s not sexy or glitzy anymore, if it ever was.

And it’s not just outsiders who aren’t helping the situation. Even within the profession itself, people are struggling to deal with “the speed of change,” emerging technologies, the demands for continuous learning, new designs for partnerships and workplaces, rising costs, and the expansion of new “lifestyle choices” preferred by different generations today (like us).

In less than 60 seconds, the speaker established the framework and then said, “Our profession has a huge PR problem. And I’m here to enlist your participation in the solution.”

The speaker used just these two sentences to sum up the reason for his presentation in a powerful and straight-up way. I was hooked, even though he wasn’t talking about educators after all (drat!) – he was talking about egg producers.

You’ve got to be kidding me! I’ve just learned that we share a somewhat similar PR challenge with egg farmers? Unreal. His one minute lead-in was one any one of us could’ve helped him write!  Well, maybe not … I probably would’ve sprinkled in some complaining and whining for some additional flavor and then weaved in the “Great Eggs-pectations” written by Charles Chickens joke somehow.

But this speaker wasn’t a seasoned PR professional like me, so I cut him some slack. I sat back and listened to see what trouble he’d get himself into with the audience. My biggest concern would ultimately involve simply staying awake.

Eggs? The topic is eggs? C’mon now. No matter how you crack ’em, a b-o-r-i-n-g run-down of bullet points in a powerpoint was all I could see coming from this speaker.

I was wrong. Yet again.

Tomorrow (Tuesday): I’ll tell you how this speaker (an egg farmer, not a Jay Leno or Bill Clinton type) prepared to engage and challenge us.

Wednesday: I’ll review the egg presentation itself (its first half). The speaker used an old trick that got everyone quickly on board willingly.

Thursday: I’ll review the egg presentation itself (its second half). Everyone in the audience was captivated. We wanted to learn more and didn’t want the presentation to end. Since this never happens for me, he may have just been lucky. But I’ll tell you how he did this and you can decide for yourself.

Friday: The egg presentation (the after-glow). Yeah, he still had some extra value to deliver. Amazing. I’ll go over this on Friday.

I’ll keep every Encourager brief and only offer the key tips on the next four days. Sound eggs-cellent to you?

Anyway, let’s all keep our hopes for a “no flare-up” Monday alive. For example, my superintendent reads the Encourager on most days and I don’t want him to ask later today for the name and contact information of that “talented egg guy.” That’s a flare-up I don’t need. 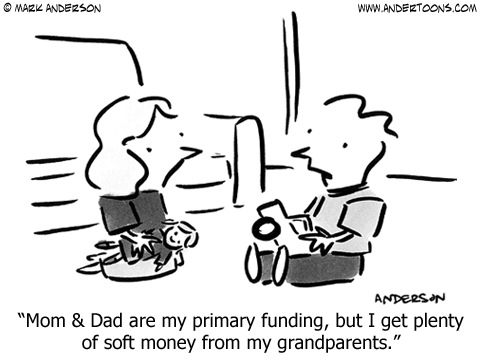