We could’ve written a better headline than this!

I attended a website conference last week which required an overnight stay in a hotel near Chicago. For whatever reason, I always enjoy finding the USA TODAY by the door of the room in the morning. I don’t even mind if the hotel bill is attached to it. For an old guy, this is the perfect way to start an out-of-town morning.

So as an old guy, I was drawn to the headline “Old dinosaurs ‘paleo’ in new comparisons.” Whenever the word “dinosaur” is used in a the headline or title, I check it out. It’s always possible the article is actually an exposé on the state of school communications – and you never know when a young reporter will be critical of veteran communicators for not explaining the new common core curriculum to parents via twitter or using some app created by a 5th grader. So I investigate. I prefer to get my bad news first hand.

After making sure that the article was not critical of you or me, I shook my head at the headline. What a dumb play on words! I’d like to think any one of us could’ve written a better one. Of course, my own track record doesn’t necessarily support this belief, but we school communicators are optimists, right? Lifetime learning involves the whole lifetime … so there’s hope for every dinosaur.

Unfortunately, while scoffing at the headline last week and writing down a reminder to share it with you later (since mental notes usually elude me), I read the entire article and saw that this science-technology-research thing will likely impact my personal finances in a negative way.

Awhile back I wrote that my three daughters were all in their 20s and that they all had serious boyfriends (one with a fiancé even). I shared that my wife has been monitoring our family budget like a hawk (one that can ask questions), and that the potential for big time wedding expenses was looming.

I’ll admit. This has kind of been wearing on me, and I feel like I’m living in the shadow of a big wedding cost count-down clock that bears resemblance to the perpetual spinning wheel on my gas meter.

I thought I had a reasonable grace period, though – until I read this article.

My oldest daughter’s fiancé has two master’s degrees and is studying for his doctorate in marine biology. They’ve announced that they do not intend to get married until he gets his Ph.D. And I was quietly confident that this would take a real long time. I say, what’s the rush when learning is in the balance? I’ve got more than enough time to get my financial act together.

But according to the University of Chicago’s Neil Shubin in the USA TODAY article, today’s new technologies make it possible for researchers to complete “in one day what it took a Ph.D. student in an entire thesis 15 years ago.”

Huh? It only takes one day now? But what if I liked the old traditional research schedule? Once again, it seems today’s new technology tools have collided with “education as we’ve known it” much to my detriment.

It’s one thing to be an old dinosaur – but it looks like I’m destined to be a poor one, too.

Hope your week is getting off to a better start! 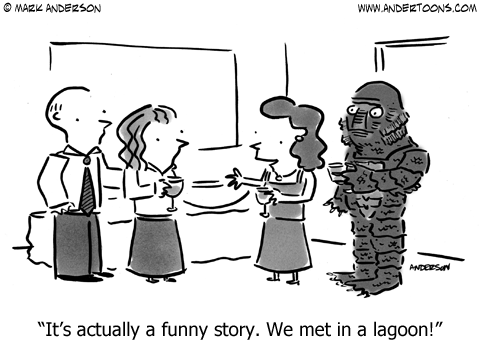